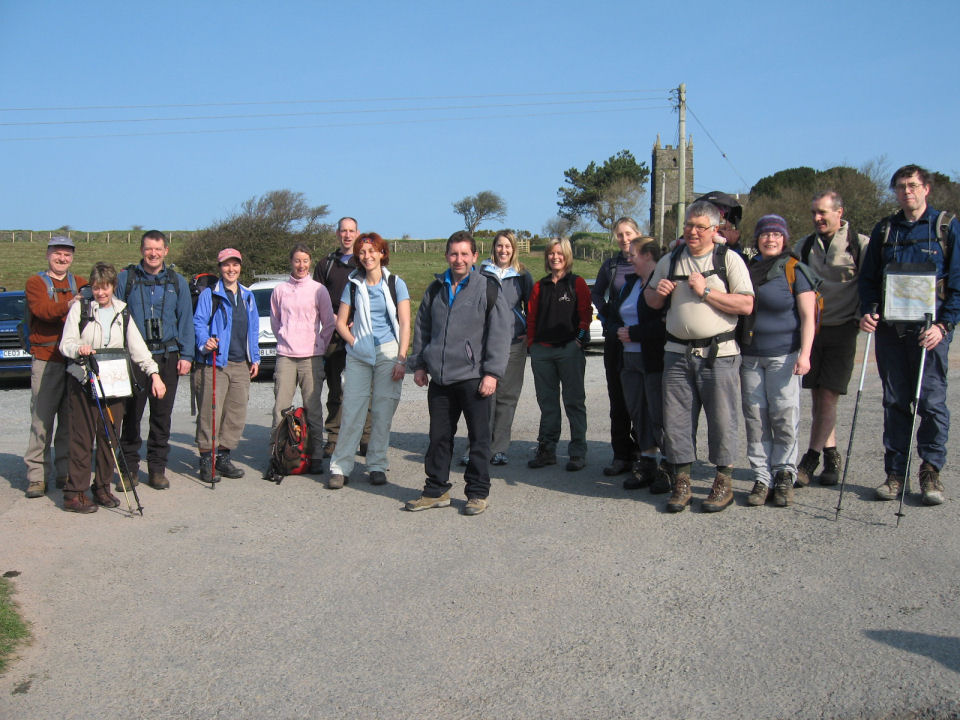 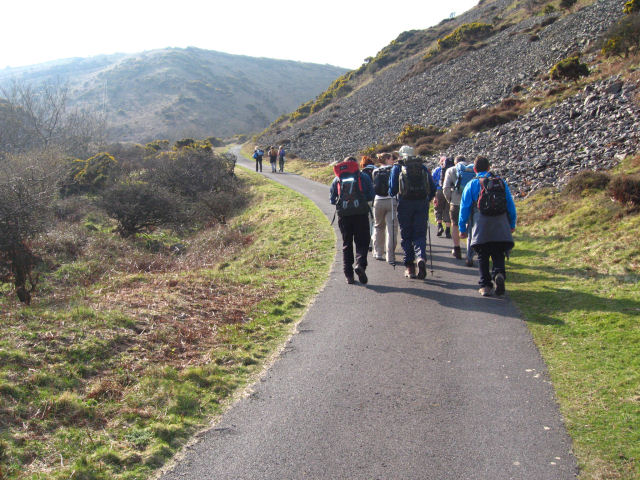 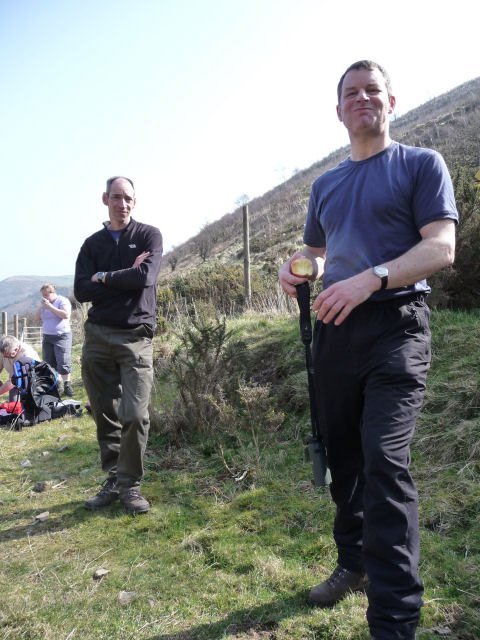 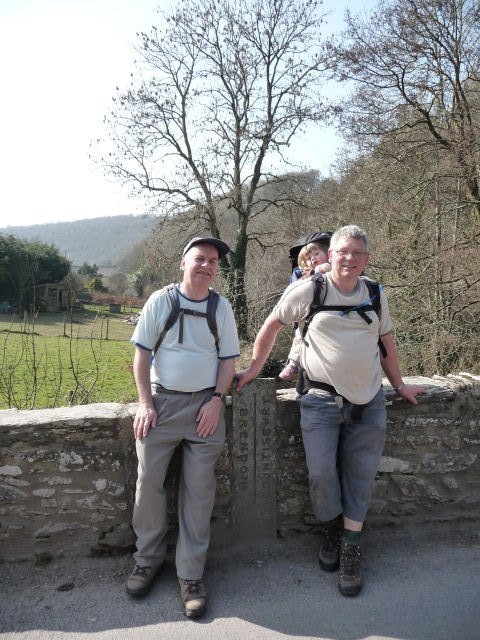 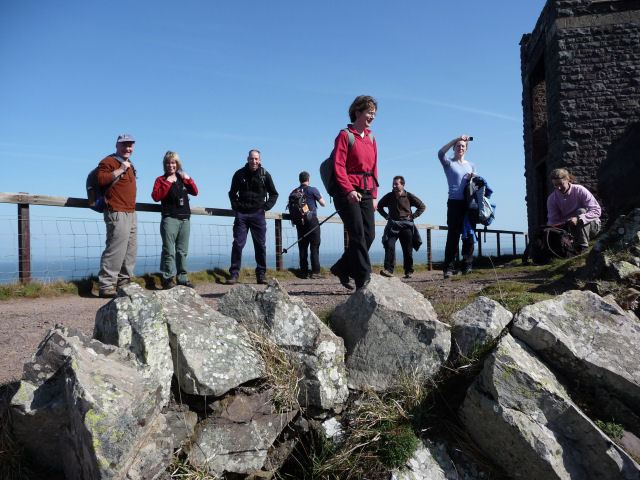 Back to the popular NT bunkhouse at Countisbury in Devon. This was a fabulous weekend with Friday in the pub next door to the bunkhouse catching up and meeting our new members Steve, Sue, Trudi and Helen.

Saturday dawned with brilliant sunshine and we set off at about 9.30 heading east on the coastal path. In fact, we repeated the walk we did 2 years ago with complete opposite weather. The sea was like glass, the sun was shining and we had to put sun cream on for the first time this year. Bob led the walk and added some interesting information along the way, pointing out various birds and trying to spot a whitebeam tree. A bit hard at this time of year, with no leaves on the trees. Bob and Adriana found a spring known as Sisters Fountain, where Joseph of Arimathea reputedly stopped on his way to the Glastonbury festival. The rest of us were too lazy to move from our elevenses resting spot in the sun to admire the spring. The walk progressed later, by heading inland in the valley of the Lyn river. Some of us headed into Lynmouth at the end of the walk searching for ice cream while others headed to the pub to see Ireland win the Six Nations and Triple Crown.

Dinner was Italian with silly hats and plenty of wine and merriment. Sunday morning had plenty of discussion on who snored the most, a few tired folk about as a result!

Sunday, we continued on the coastal theme with a walk east of Purlock, again in brilliant sunshine with a light breeze. The visibility was excellent and we had discussions on where in Wales we were looking across to. Barry Island we guessed. The weekend was finished off sitting out on the lawn of Selworthy NT tea rooms having various teas, ice creams and cakes.

This was a very enjoyable weekend, great company, scenery and food even though technically we didn’t walk a mountain but we gained 500m in parts! We got sunburnt and had to put aftersun cream on when we got home. Never got sunburnt in the British Isles in March before! Thanks to all who came along.