Saturday, 19thSeptember
We arrived at Salzburg Airport to be greeted by a taxi driver saying â€œMr Wilsonâ€. This was a good omen, we were in the right place!

After a short ride to Konigssee we set off up the hill to our first nightâ€™s stay. Lunch was at a small mountain hut where Barry wisely assumed that any dish sounding German was the one heâ€™d ordered, we eventually sorted out the confusion and passed on the half eaten meals to their rightful owners before continuing to our final objective the Watzmannhaus.

We arrived at the hut as the weather closed in and after finding our beds, quickly retired to the bar. It was clear to all (except James) that the weather meant the next days planned crossing of the Watzmann ridge was not going to happen.

Sunday, 20 September
Disappointingly we had to take the bad weather route which involved descending into the valley and then walking back up to the next nightsâ€™ stay, the Wimbachgreis Hut.

So we took elevenses at a hut on the way down and had lunch at a very lovely hut on the way up. Barry was placed under close observation to ensure he actually ate what he ordered!

The Wimbachgies Hut was reached as the weather again closed in and again we gathered in the bar to review the day. One can never accuse the group of a lack of consistency!

Monday, 21 September
The weather had finally cleared and we all had a great day ahead of us. James, Keyna, Dan, Andy, Sarah, Andy and Jill tackled the more difficult route via Seehorn (2321 m), whilst the others went a more direct route up and over the headwall of the valley to the Ingolstaedter Haus. Once at the hut Dave, Ali, Si and Barry continued and summited Gr. Hundstood (2593m) to finish off the day. The weather was warm with clear skies and fantastic views across into Austria. We all finished the day sitting outside the hut and watching the sun go down across the Austrian Alps with a well-earned beer.

Alan, Claire and Maggie left us to return to the UK, via a steep and spectacular gorge. They of course regretted this but wonâ€™t admit it.

Andy, Sarah, Keyna and James started the day summiting Gr Hunstod by the unknown route of â€œsomewhere up that wayâ€. Dan spent the day looking for a toy bear that heâ€™d mislaid (not his but Maise’s) and Angela set out at her own pace towards the next evenings accommodation of Riemannhaus.

The remainder tried to traverse the ridge route over Mitterhorn (2491m) & Breithorn (250m). Dave, Ali and Si made the whole route to the hut, a very interesting and varied scramble that took over 6 hours. Dan finished the day by taking his reclaimed stuffed bear to the summit of Schonfeldspite (2653m).

The hut was a bit disappointing as it appeared to have a problem with its waste systems and was beset with insects, a great pity as it was in a fantastic location. We spent the evening swatting flies and talking about the pending snow storm.

Wednesday, 23 September
We woke up to snow falling and the storm was forecast to last all day, so we all took the direct route to the next hut the Karlingerhaus.  After many references to Scot of the Antarctic and after about 3hrs of walking we arrived and proceeded to drink and eat cake. This is exactly as the locals were doing so we fitted in perfectly.

Several people cheated at board games and James was disappointed at his ability to play chess after 6 pints.

Thursday, 24 September
Another day and it was still snowing, sitting thick on the ground, so we again had to take the direct route to the next hut. The route took us down through the forest and gave us a fantastic view through the clouds to Lake Konigssee. You could see the lake ferries trundling across the water below a 1000m below.

The nightsâ€™ accommodation was the WasserAim Hut in a lovely scenic location, made even more special by the weather lifting. As the light faded some elk came out of the wood to graze close by. Fabulousâ€¦â€¦

Friday, 25 September
All together now? As planned Andy and Andy left us to get back to family matters. The rest only had one route to the next hut over a hill called Schneibstein (2276m).

My attempt to keep the group together failed before we even left the hut, however three parties made their way through the snow and mist to the summit. Navigation was difficult and the day much longer than many imagined. The decent from the summit to the hut treacherously slippy.

The first two groups reached the hut and gathered in the bar to wait for the last all female team who only just arrived as the light faded. However, spirts were very high as it was Angelaâ€™s first summit of the week.

Saturday, 26 September
Last day, and after a week in the hills many took the option of heading down into Salzburg for a relaxing day.

Dan, Dave, Si and Ali decide on one last hurrah over a summit called Hoher Goll (2522m) and then down into the Kehlsteinhaus (the Eagles Nest). The assent was long and drawn out, however, we were rewarded with a superb finale to the week with the ridge down to the Kehlsteinhaus, a 3 hour scramble. The whole day took over 8 hrs but was a great way to finish.

The city of Salzburg was so impressed with our effort they threw a beer festival for us, an offer we could not refuse.

Sunday 27 September
Taxi to Airport and home â€¦thanks everyone for a great week!!!!!!!!! 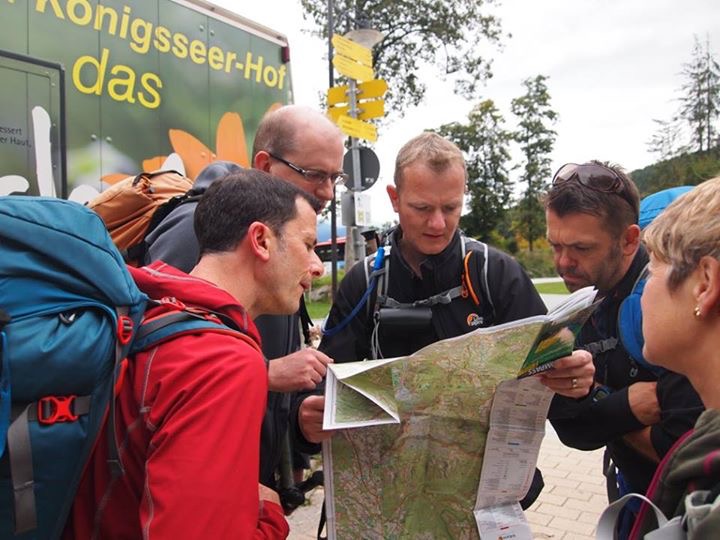 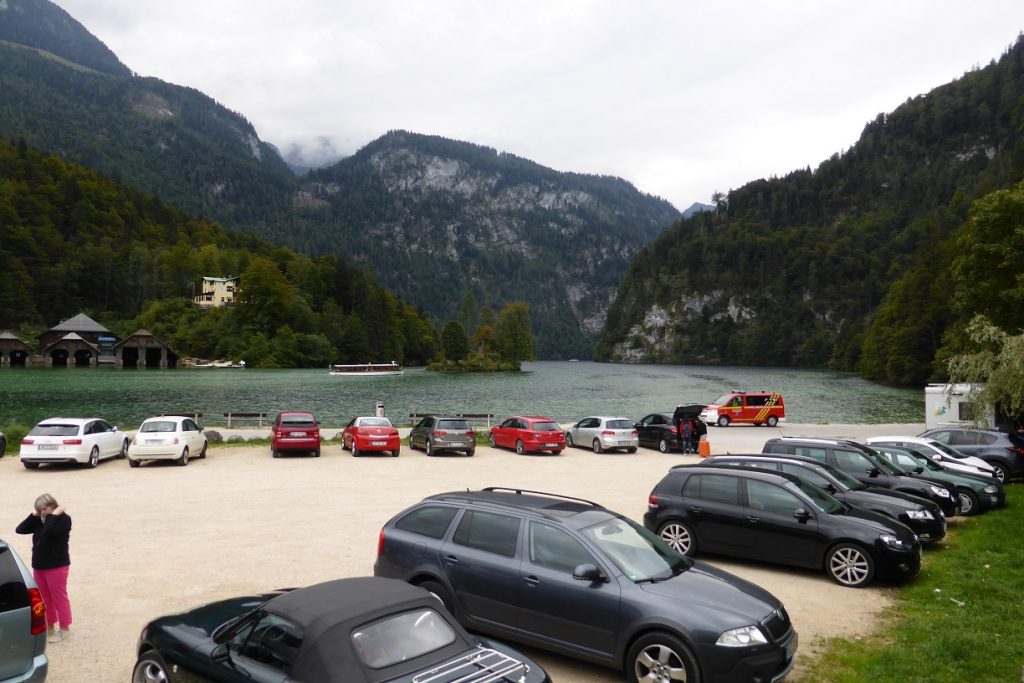 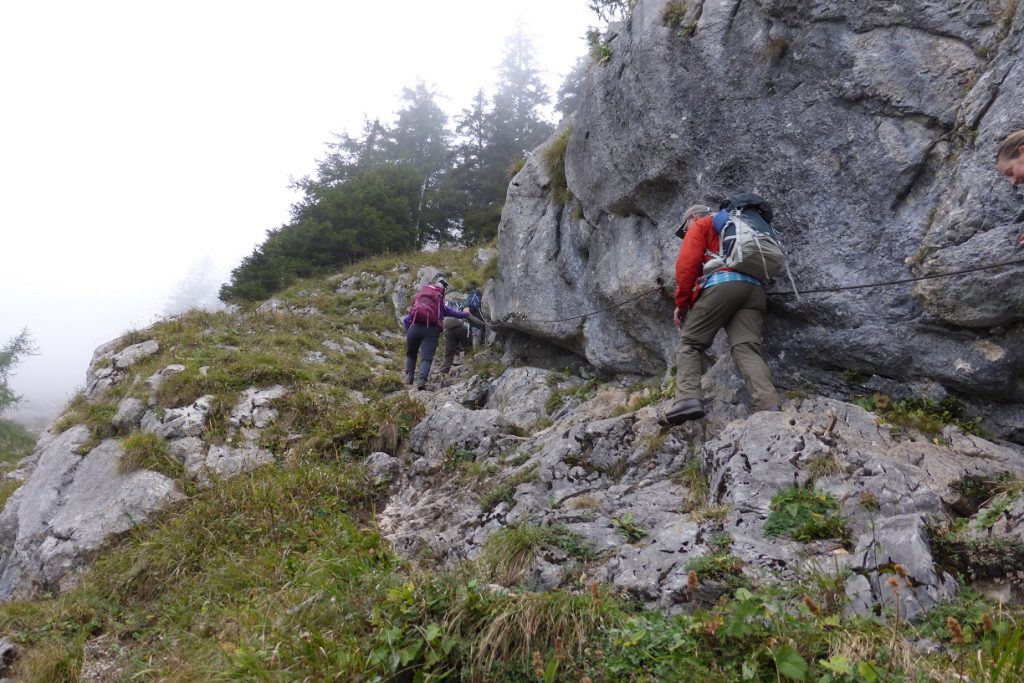 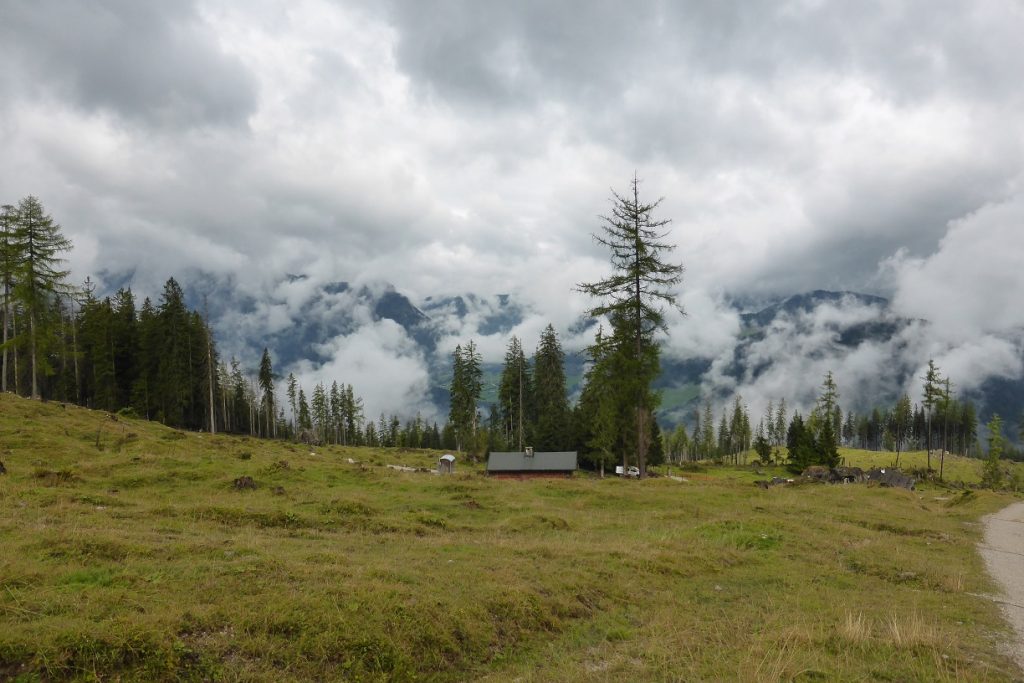 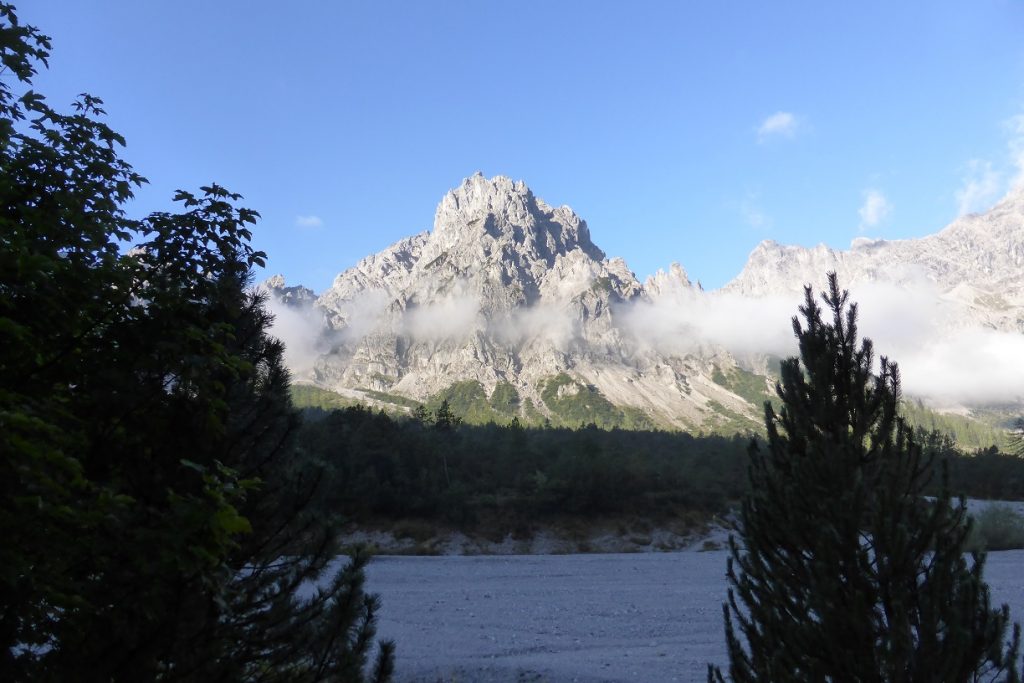 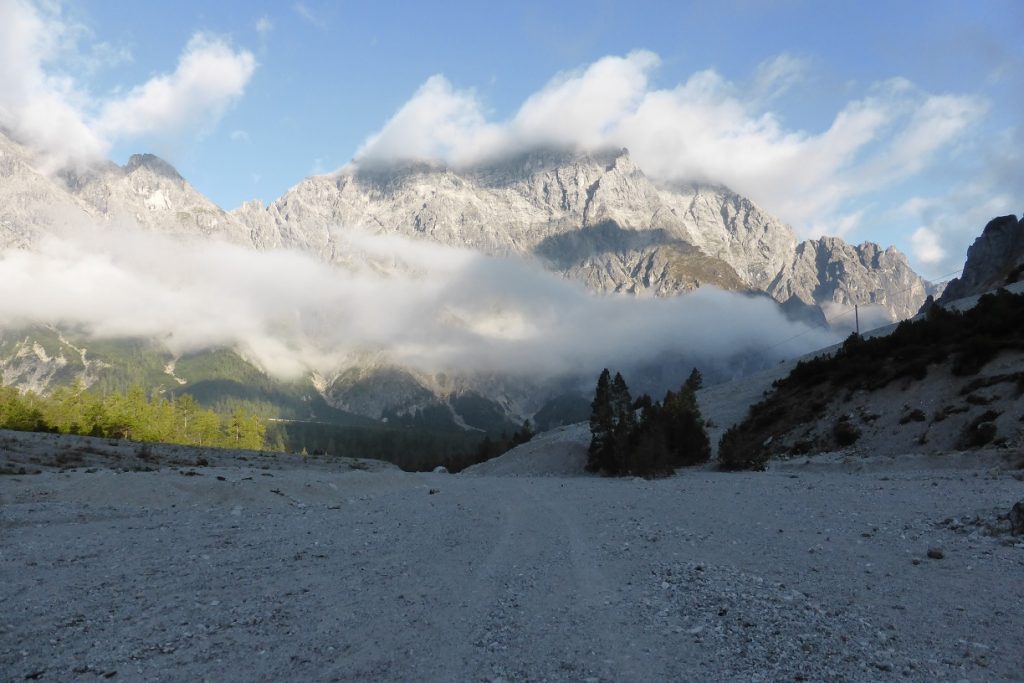 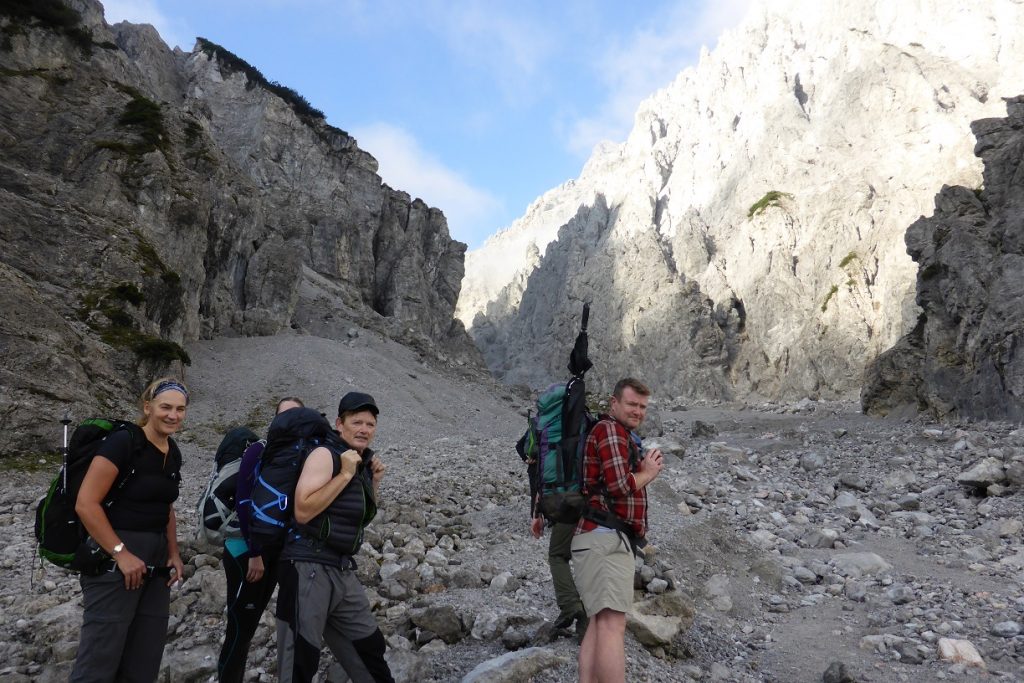 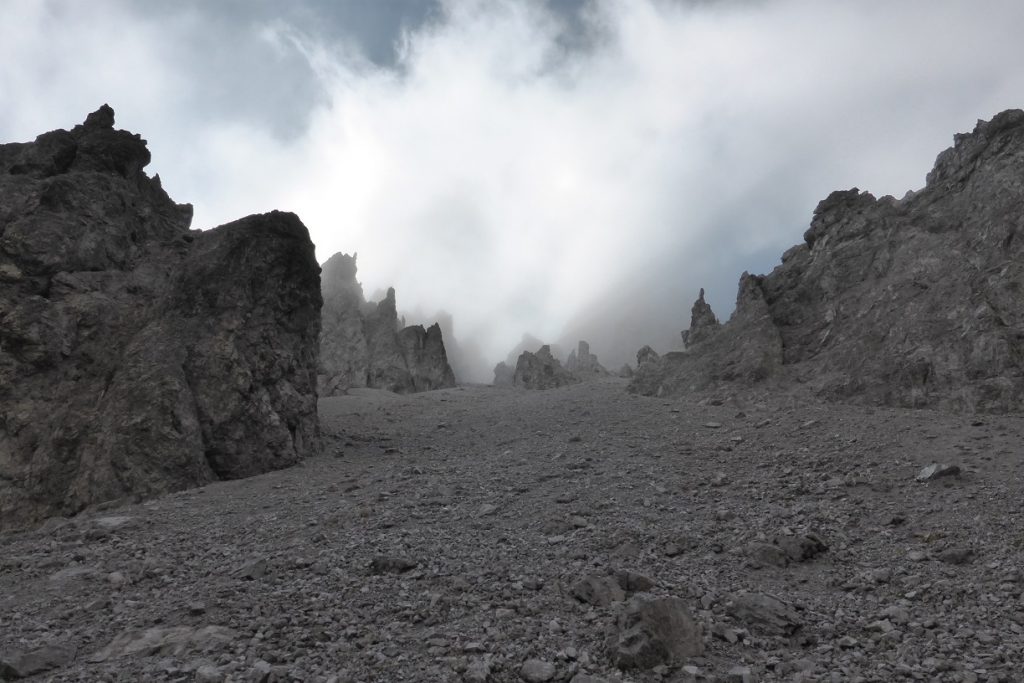 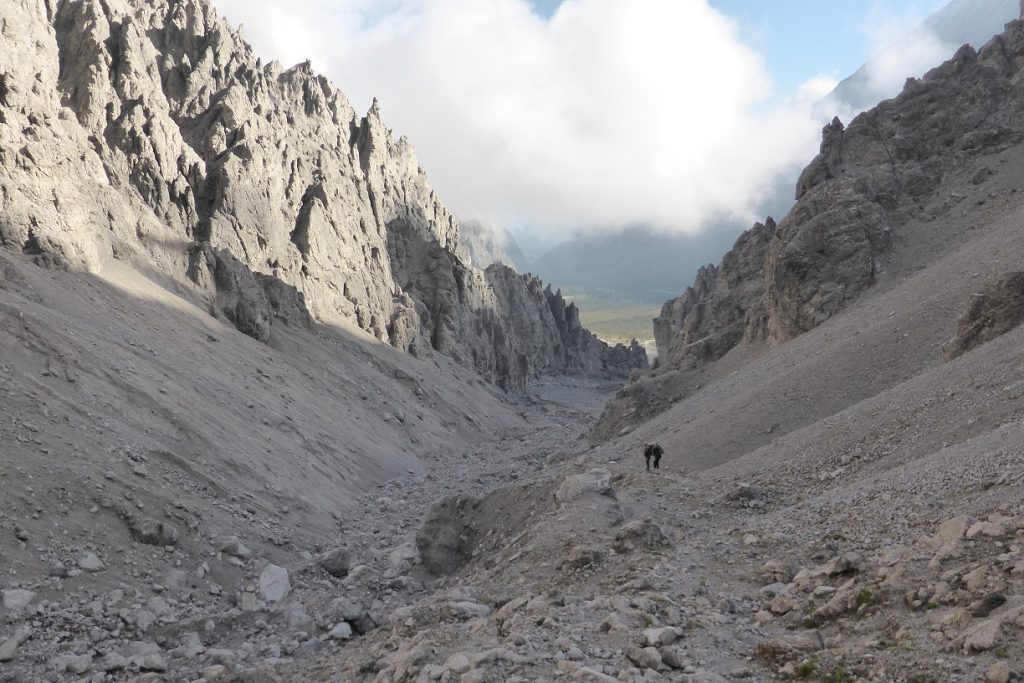 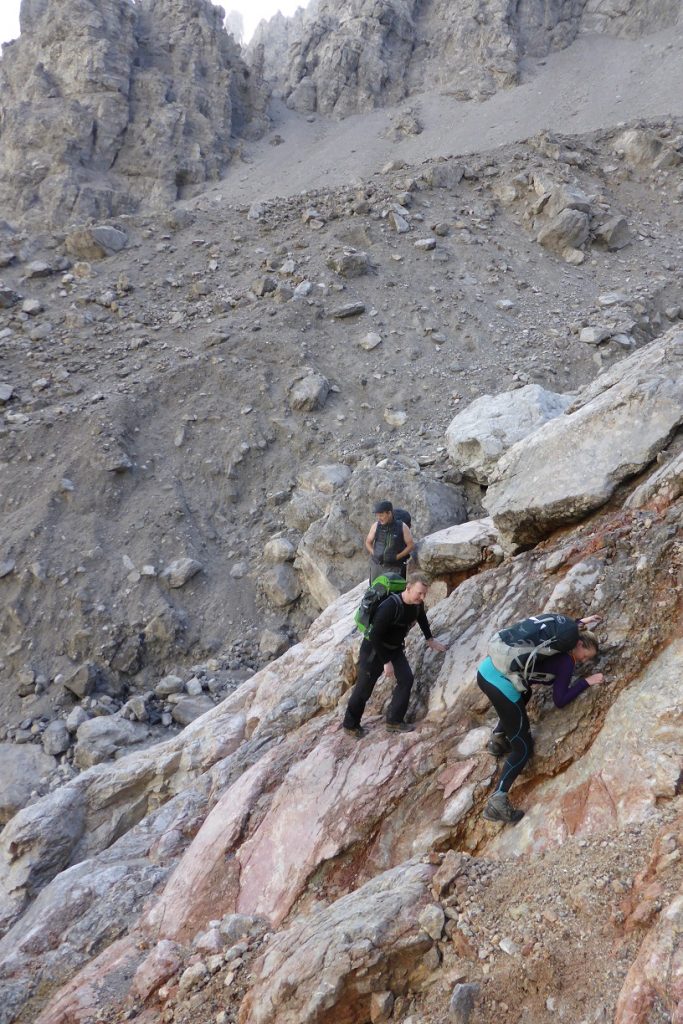 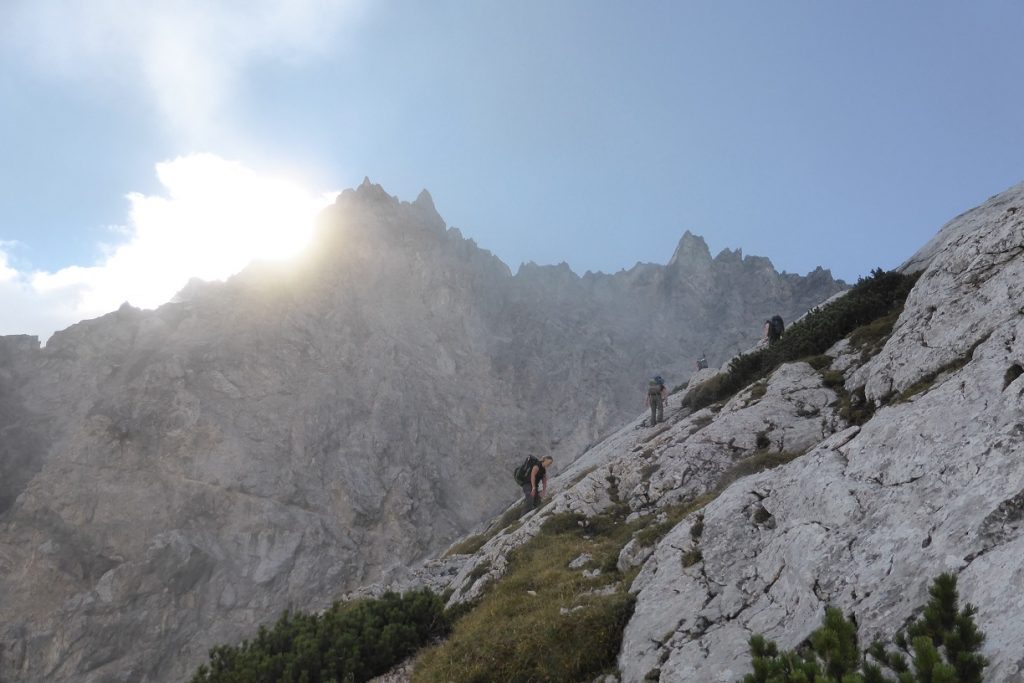 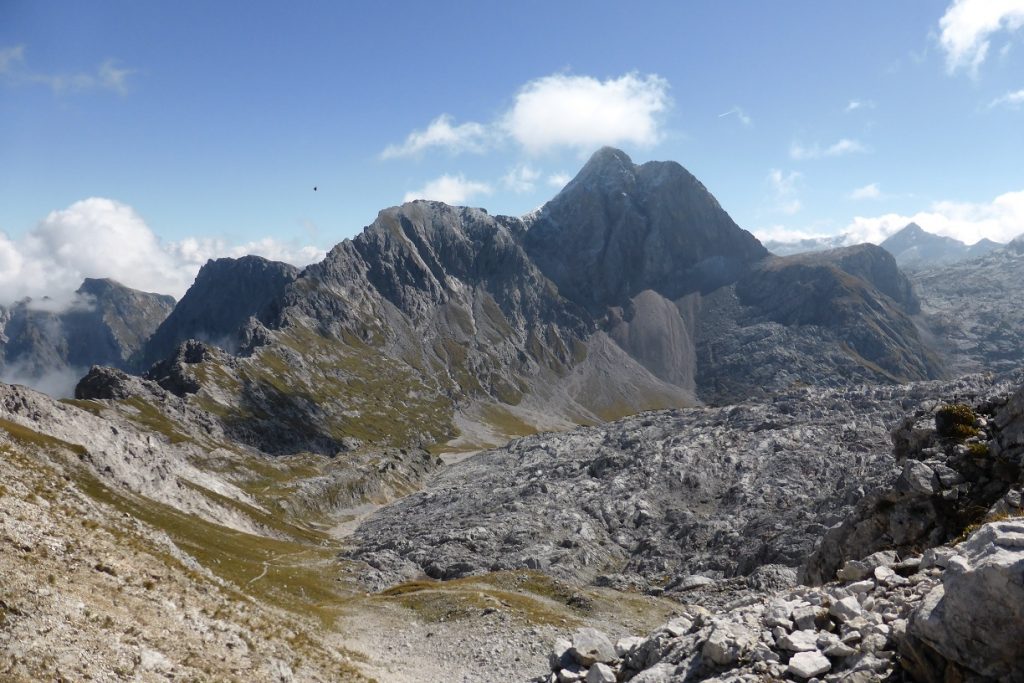 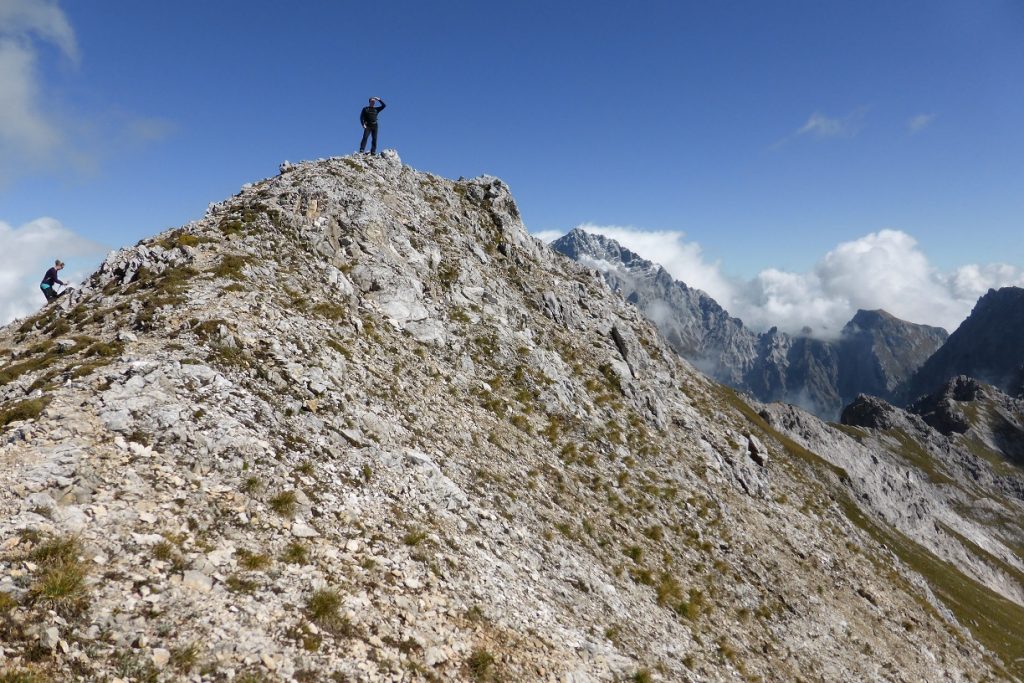 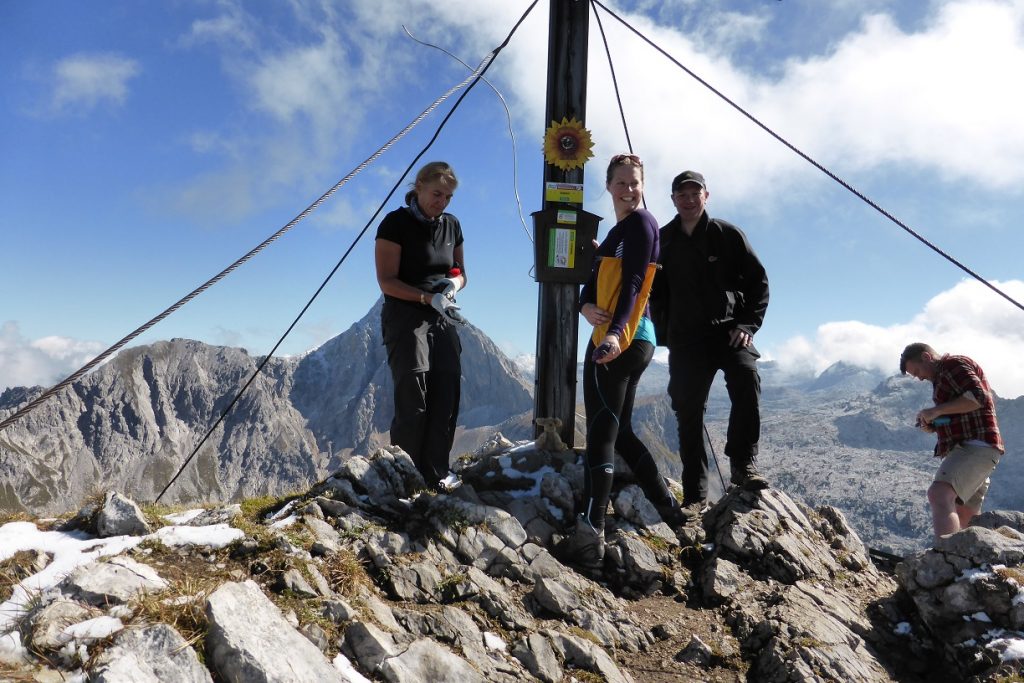 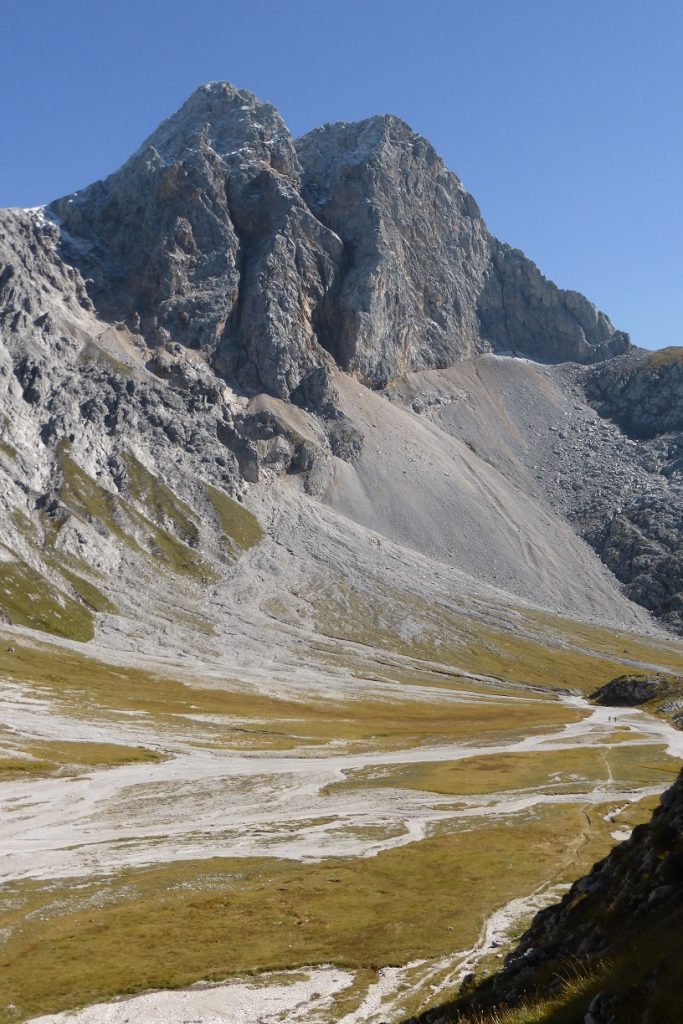 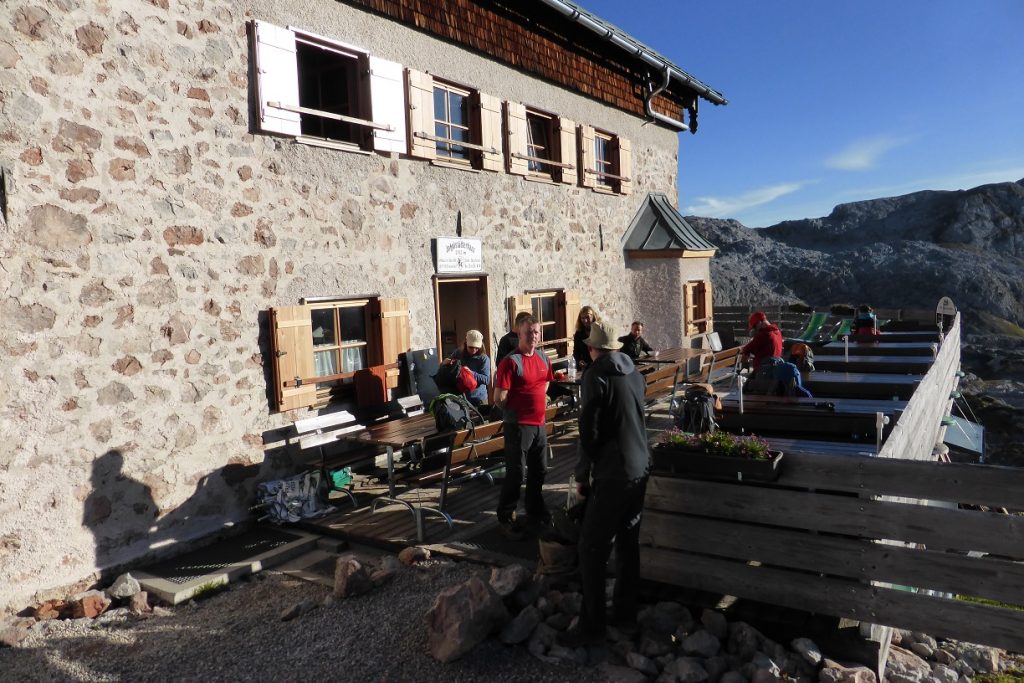 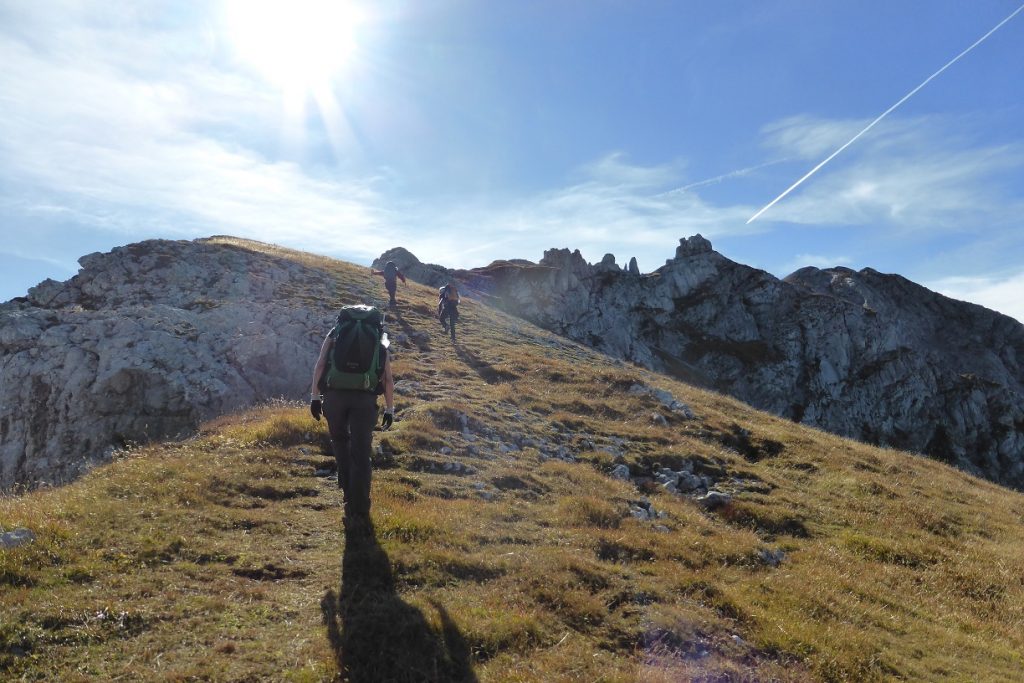 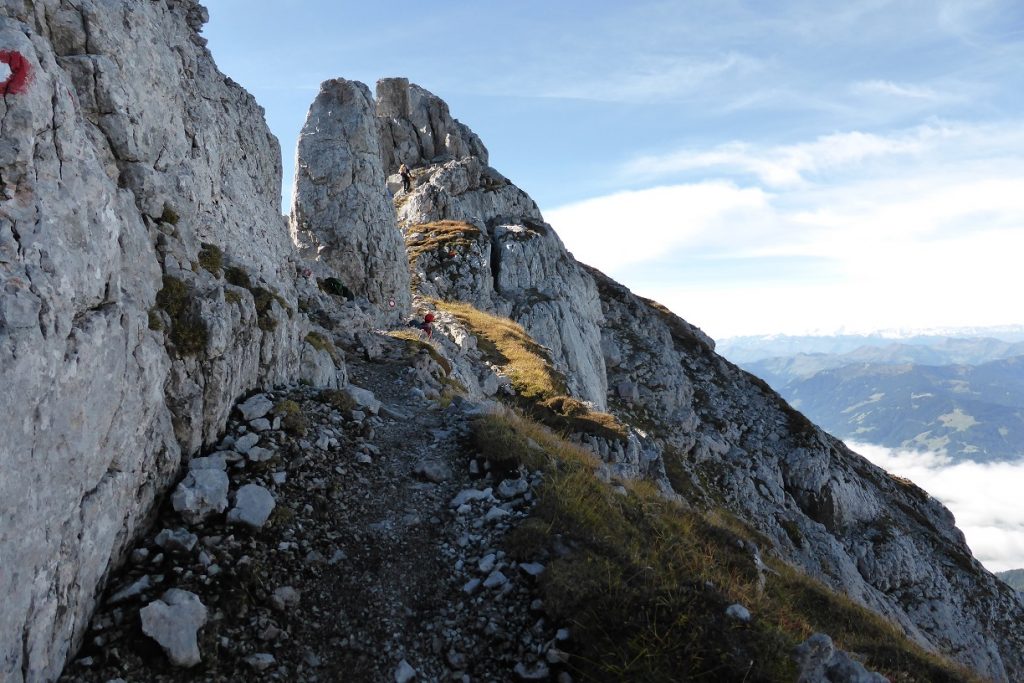 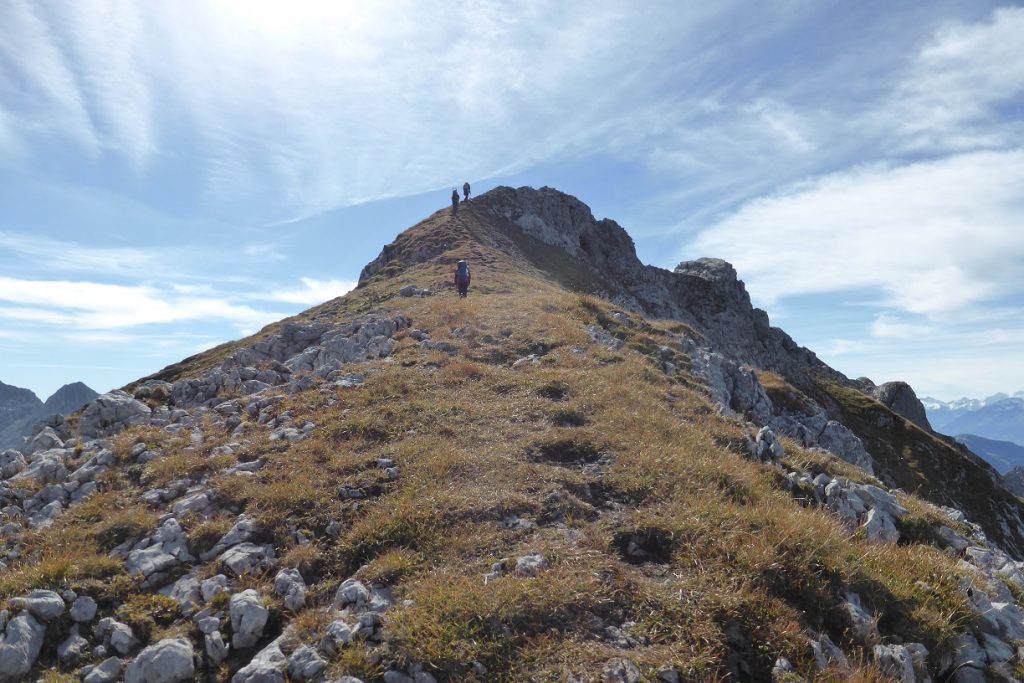 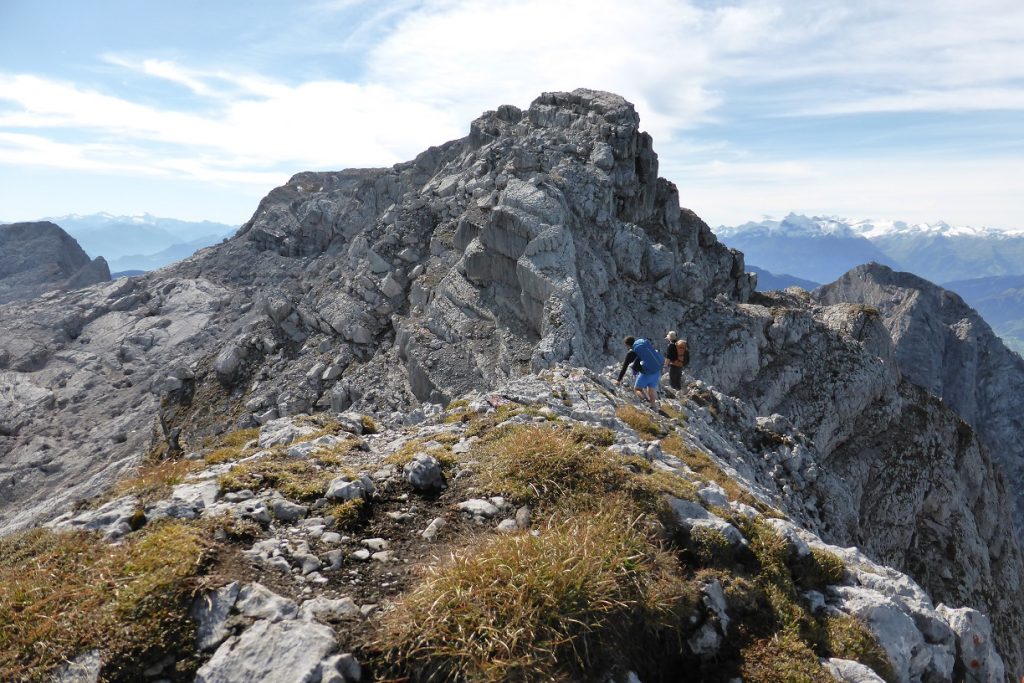 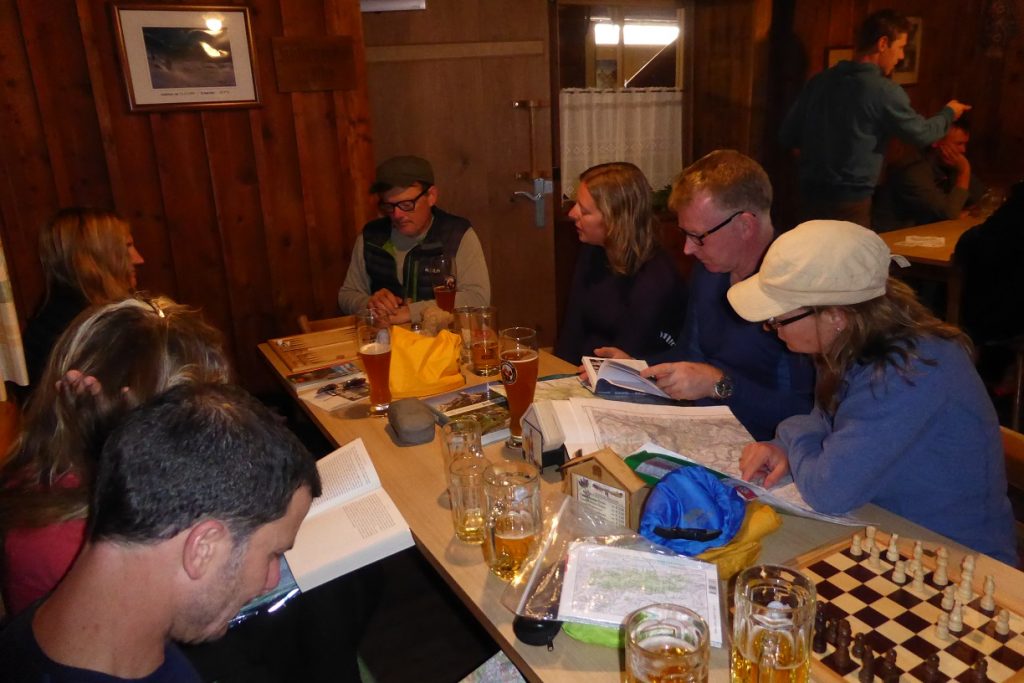 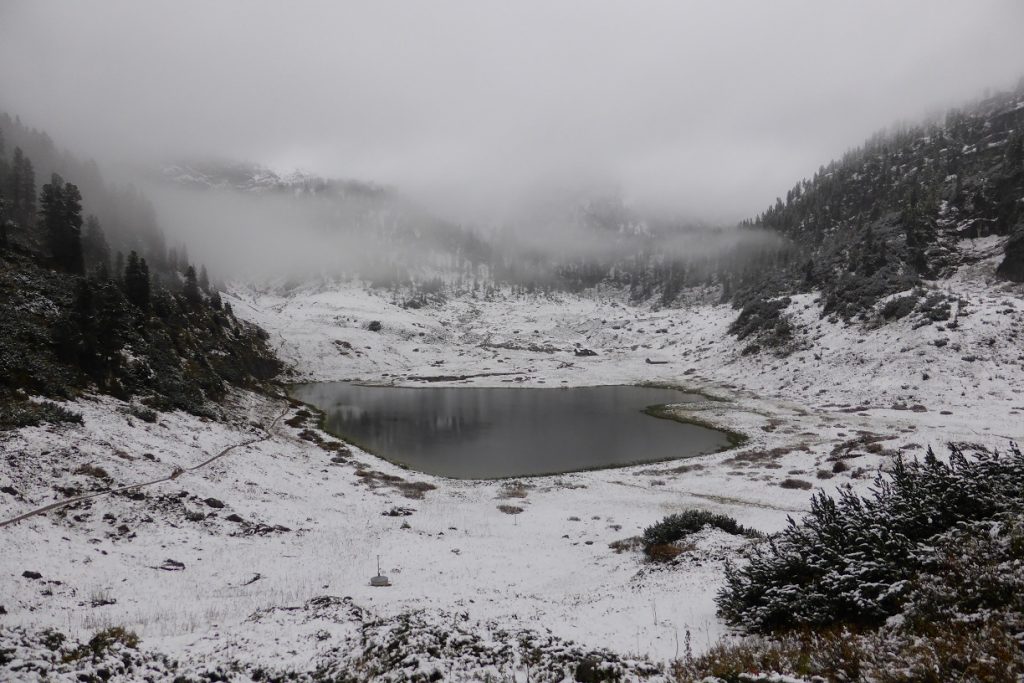 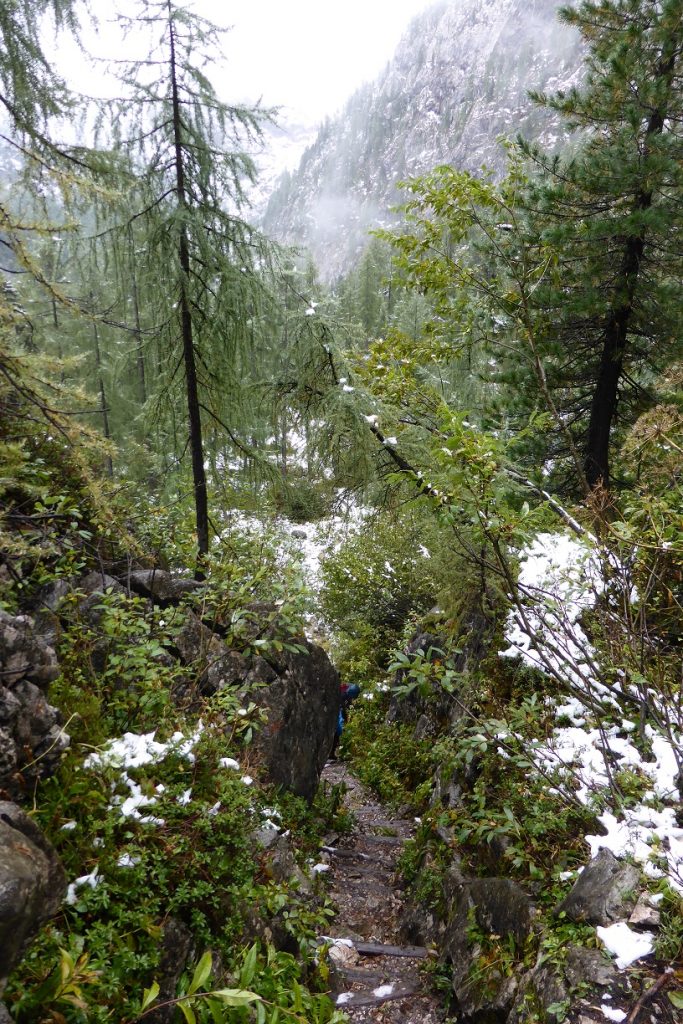 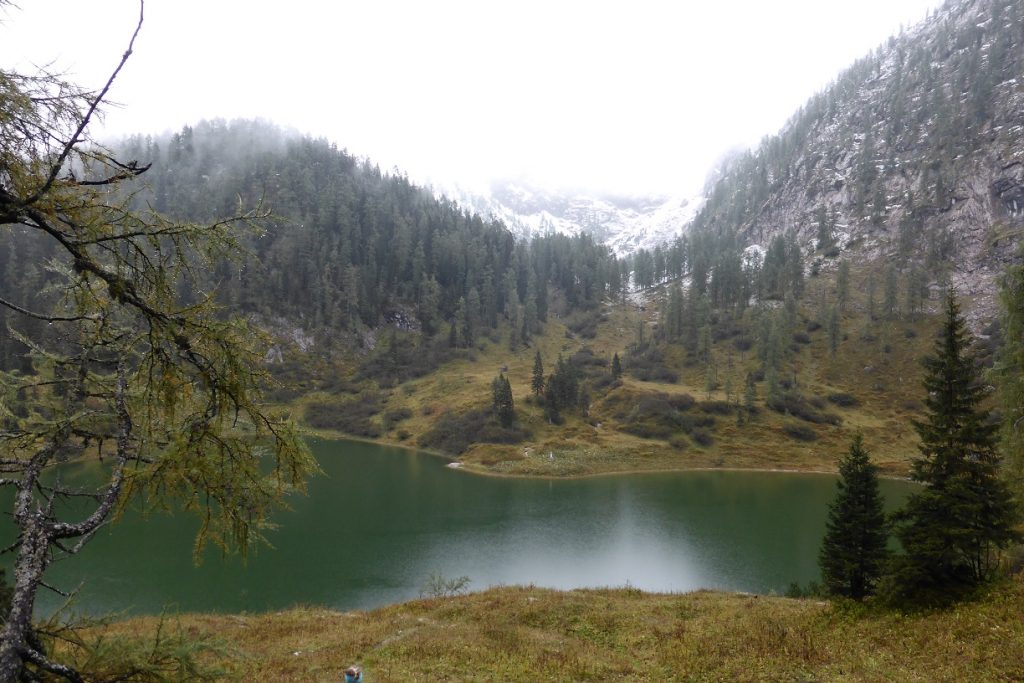 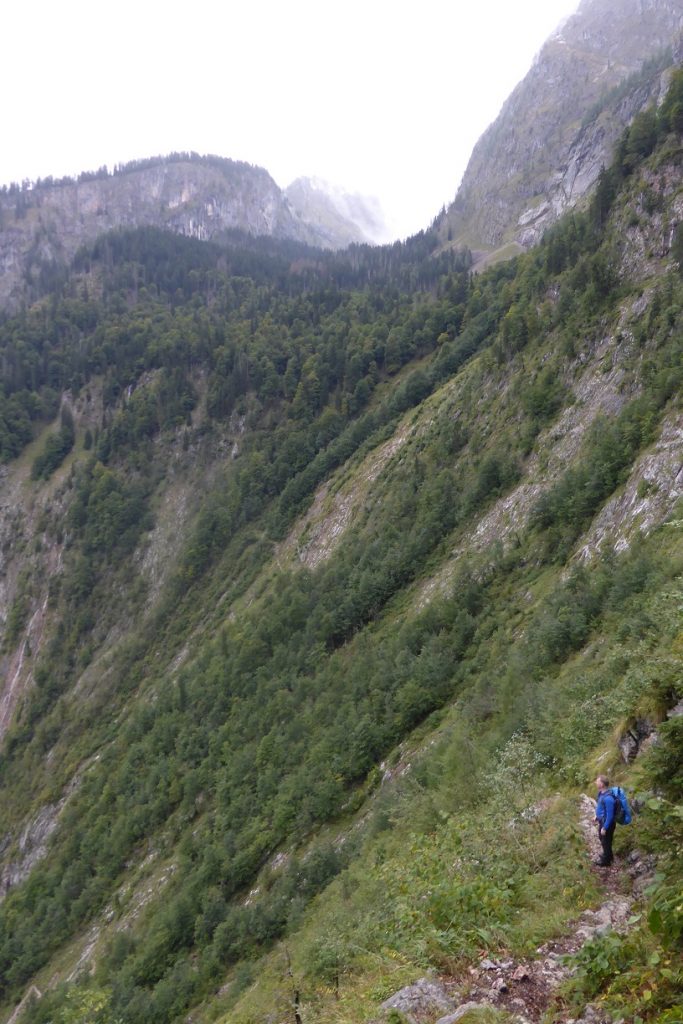 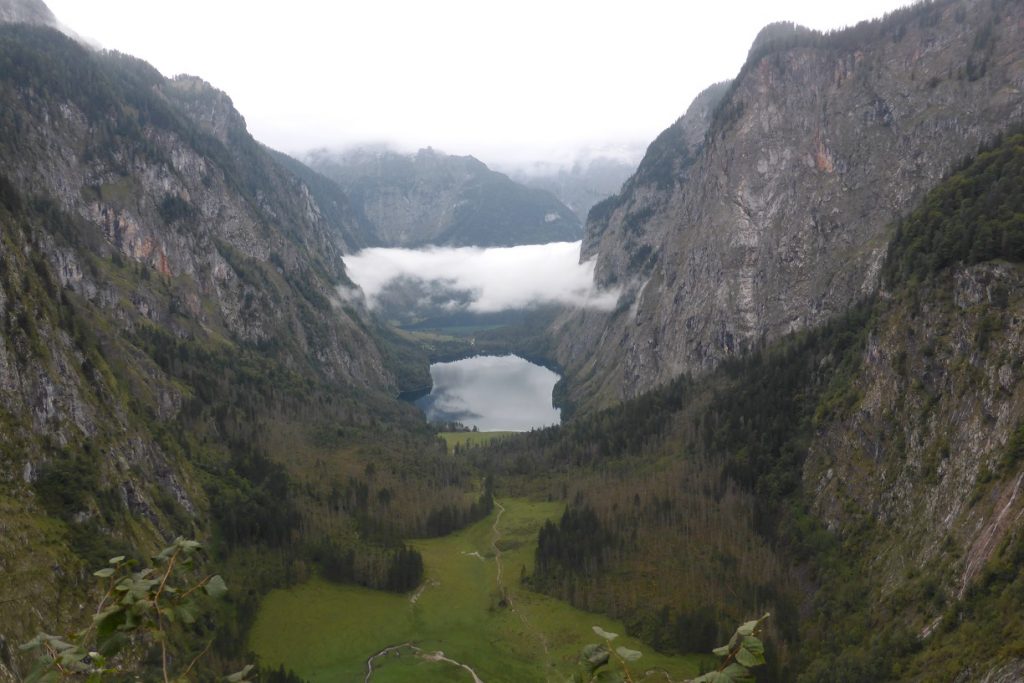 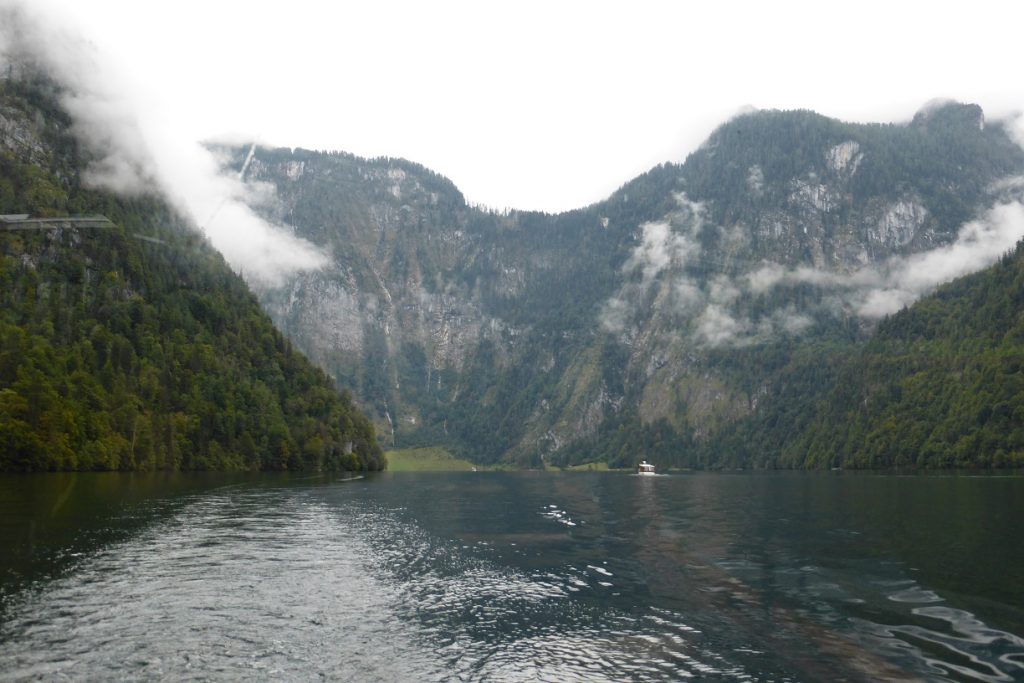