19th to 22nd February 2016
Staying at: The Chapel, Corrour Estate at Loch Ossian

This was a return to the Corrour Estate to one of our most favourite locations and accommodation – our first trip here was in February 2012 and on that occasion there was no snow and continuous rain, and we vowed to come back again soon for a proper winter experience – I’m not sure why it has taken 4 years!

This time we all travelled up on the overnight sleeper, which added to the whole adventure. I think the drinkers in the bar made it as far as York before turning in, despite the aim to drink through to the Scottish border – next time!

We’d been checking the weather forecasts for weeks, and although we had plenty of snow on the ground this time, it was also continuing to snow with poor visibility and with gale force winds thrown into the mix too. Not what we’d hoped for, and from getting off the train at Corrour at 9am and attempting to get up the nearest hill, we soon abandoned this plan (in varying stages) and did the 4 mile walk to our cosy lodge and to settle in.

The weather for the next two days was much the same – but we gave it a go and got geared up each morning and made an attempt to do valley routes both days, battling against the snow and wind in a perversely enjoyable way, though returning to the lodge early to enjoy the big tin baths, log fire, wine and venison (not to forget Richard’s numerous boxes of after eight mints). We had venison every night (the only food that can be purchased on the estate) but in different guises: stew, chilli, sausages and burgers. Bear in mind we had to bring everything in on the train with us.

On Monday there was a glimmer of hope – blue sky, less wind, and picture postcard views, having snowed again all night. Time to attempt a Munro. Unfortunately, just a few hundred metres short of the summit of Beinn Eibhinn (1031m) we were in a whiteout and couldn’t make out the cornices, and with one member of the crew having left his crampons back at the lodge, we decided to retreat. Once back out in the sunshine and on safer ground we enjoyed playing in the deep snow and taking in the views from the ridge above the River Ossian. Back for our final meal of venison, and then the overnight sleeper back to Euston. It is the way to travel for a weekend in Scotland! And we’ll certainly be back – we still have lots of mountains to climb on the Corrour Estate! 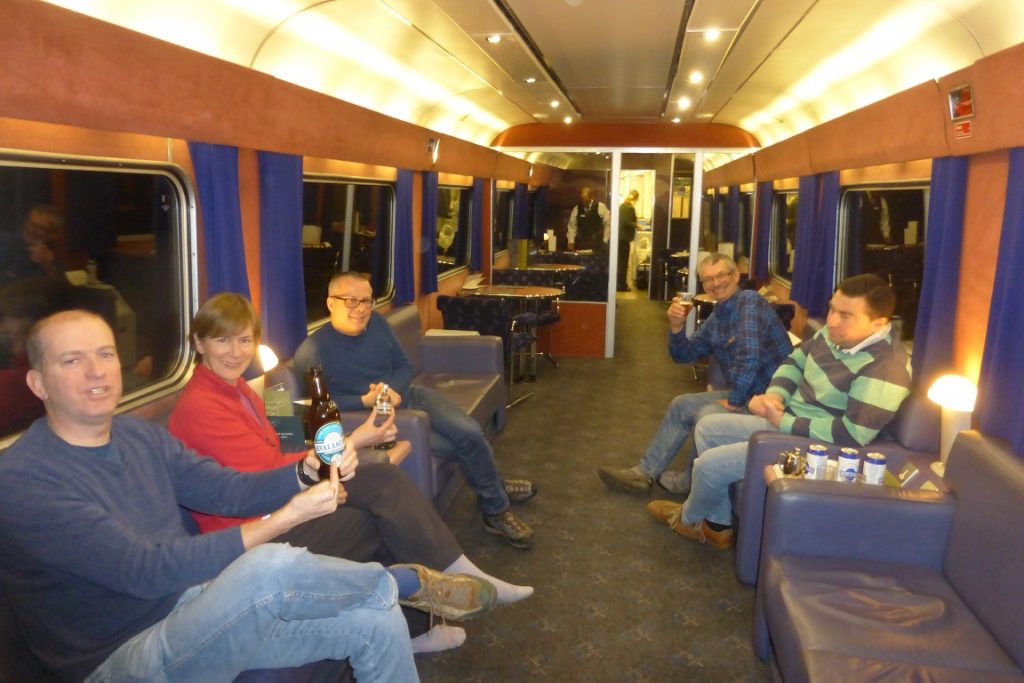 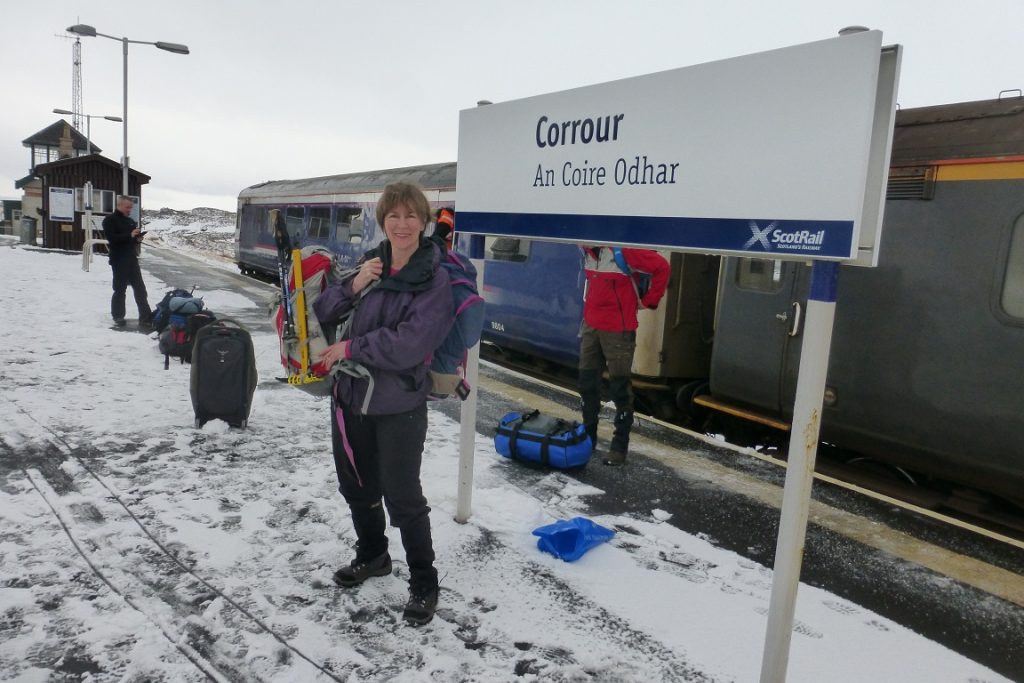 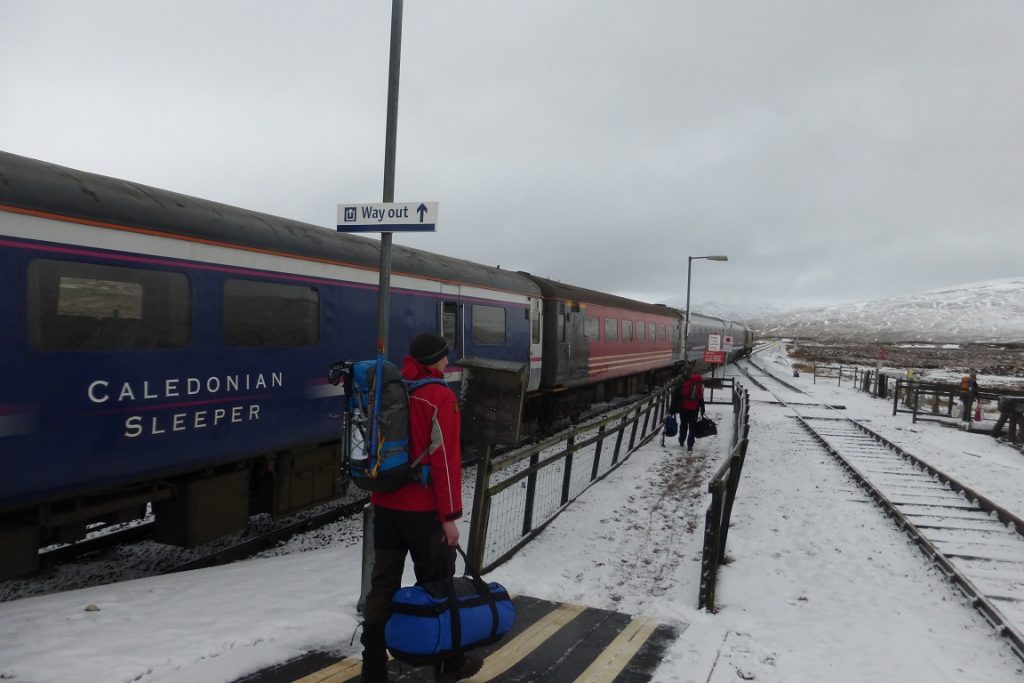 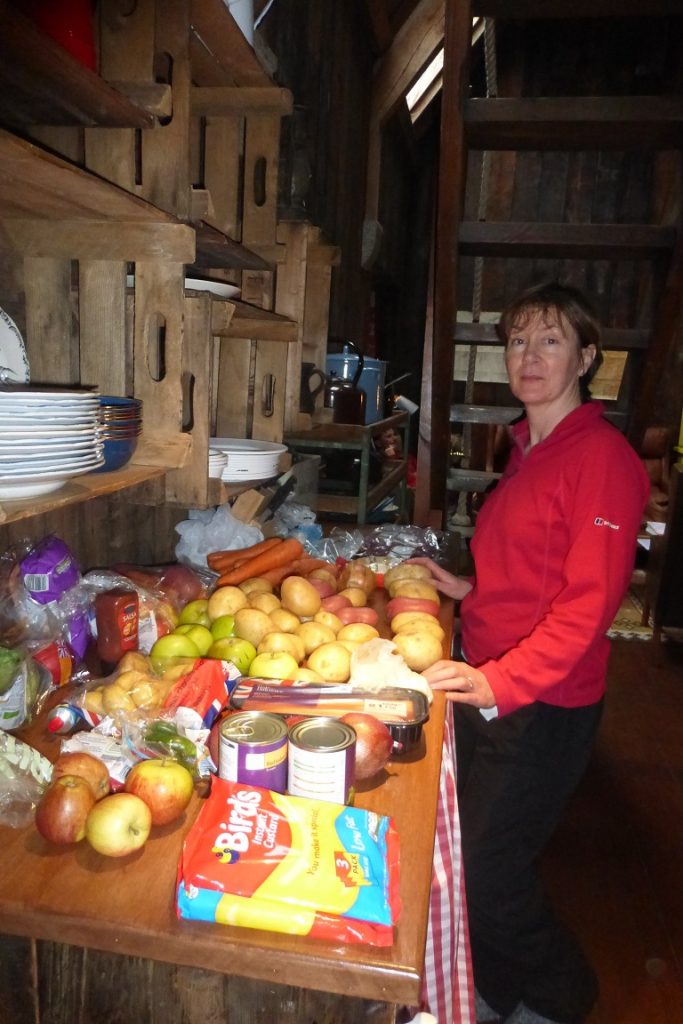 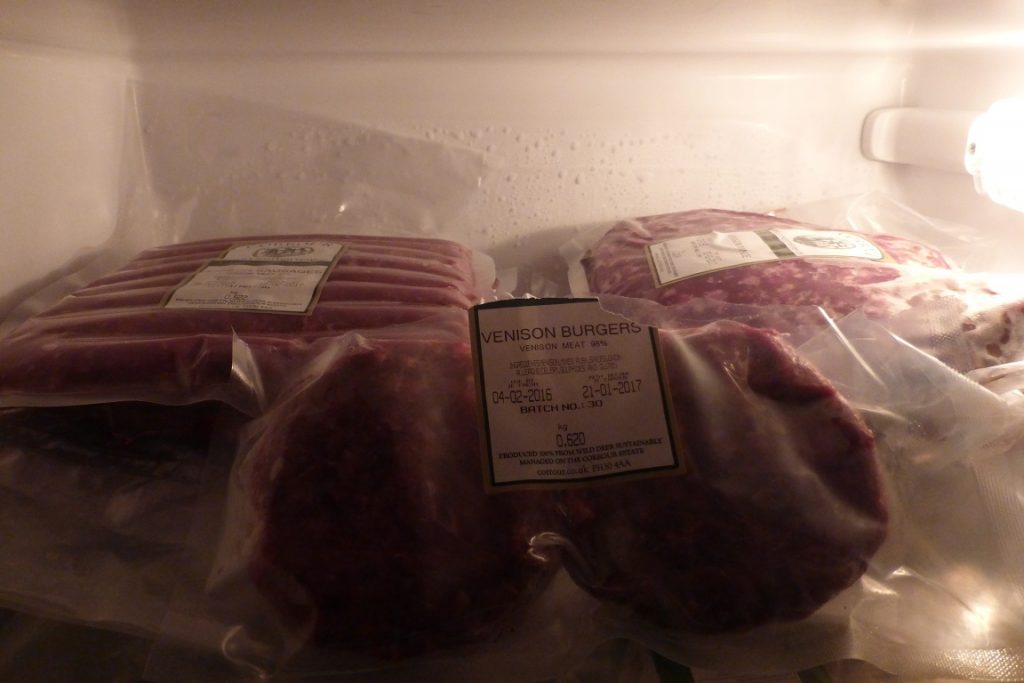 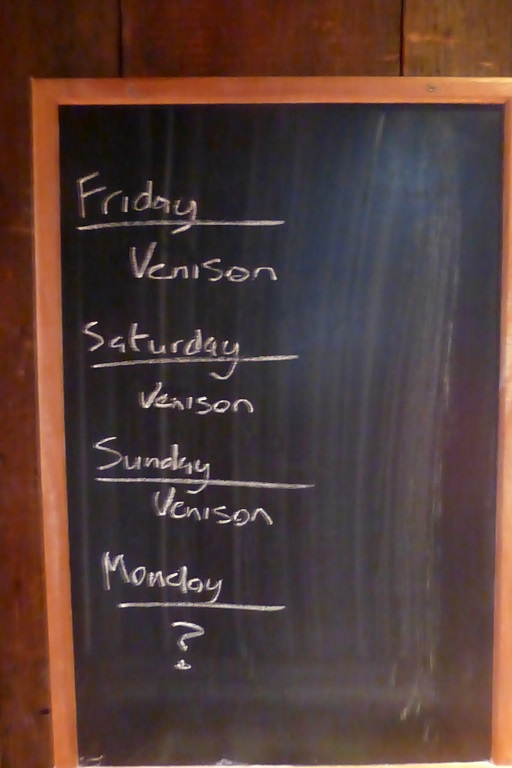 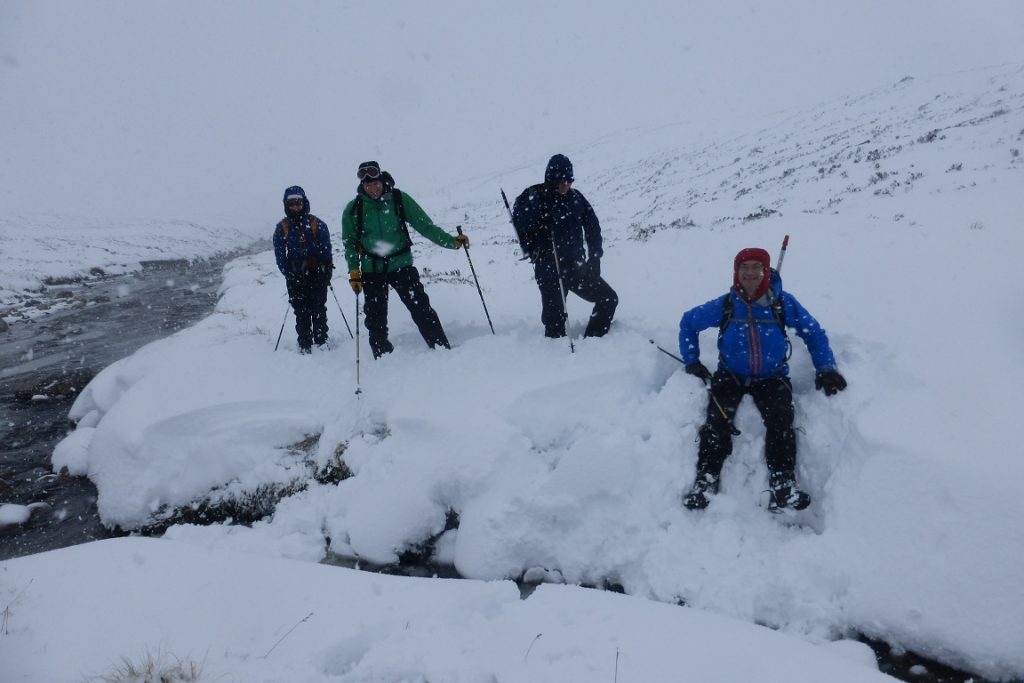 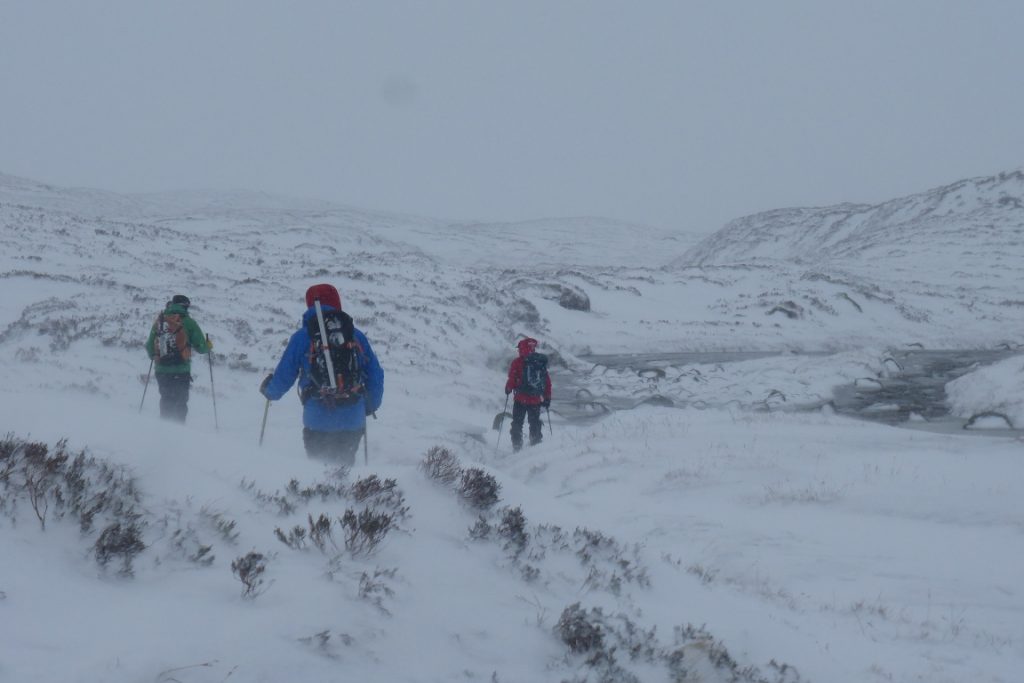 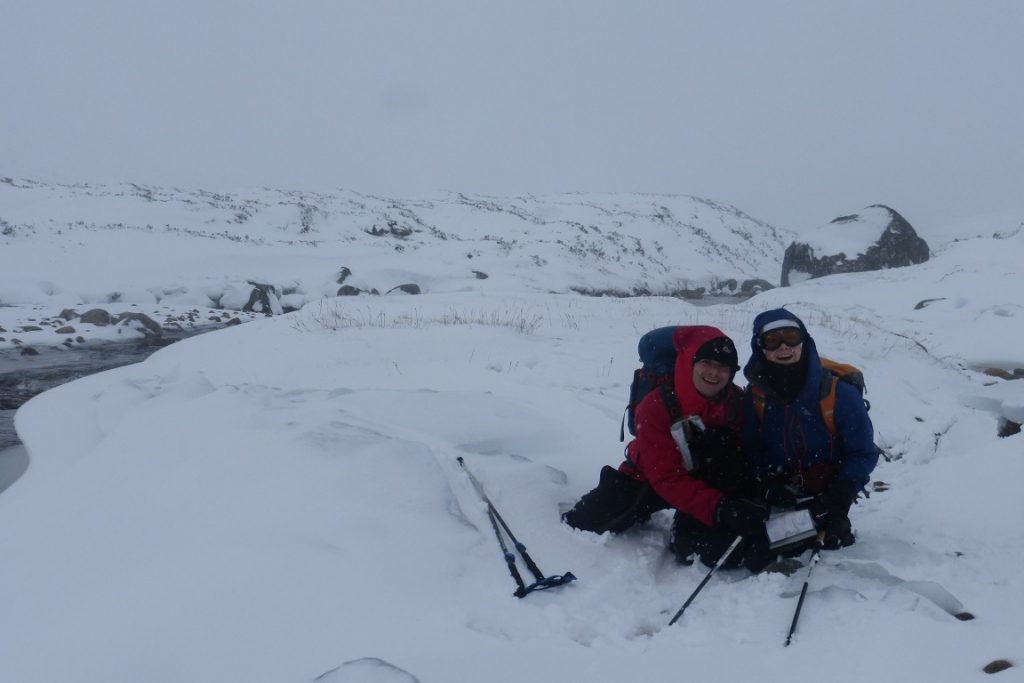 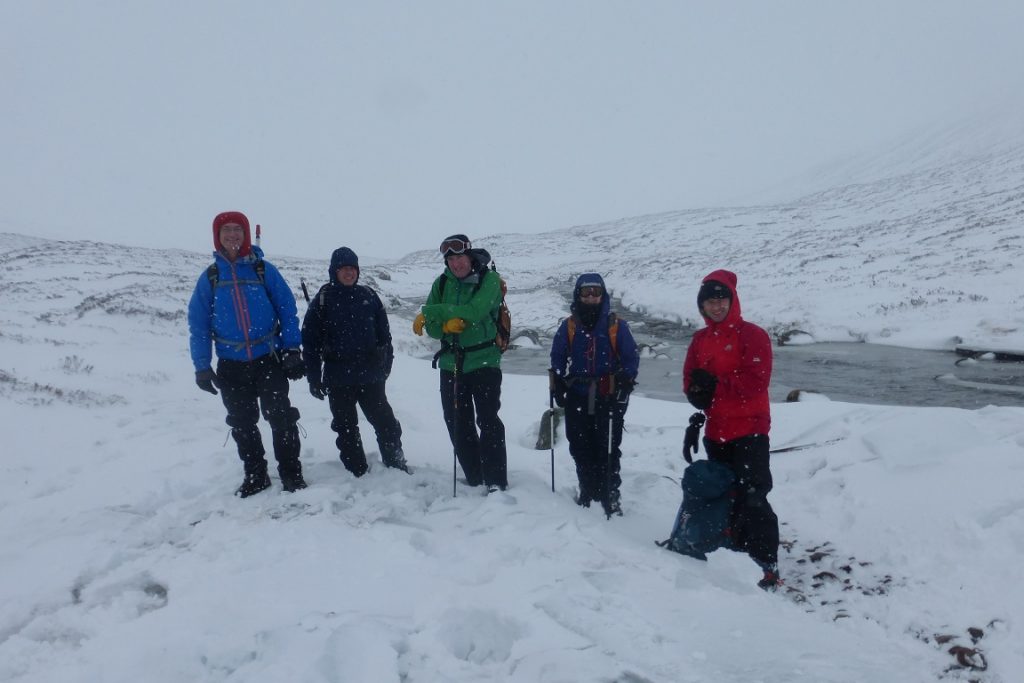 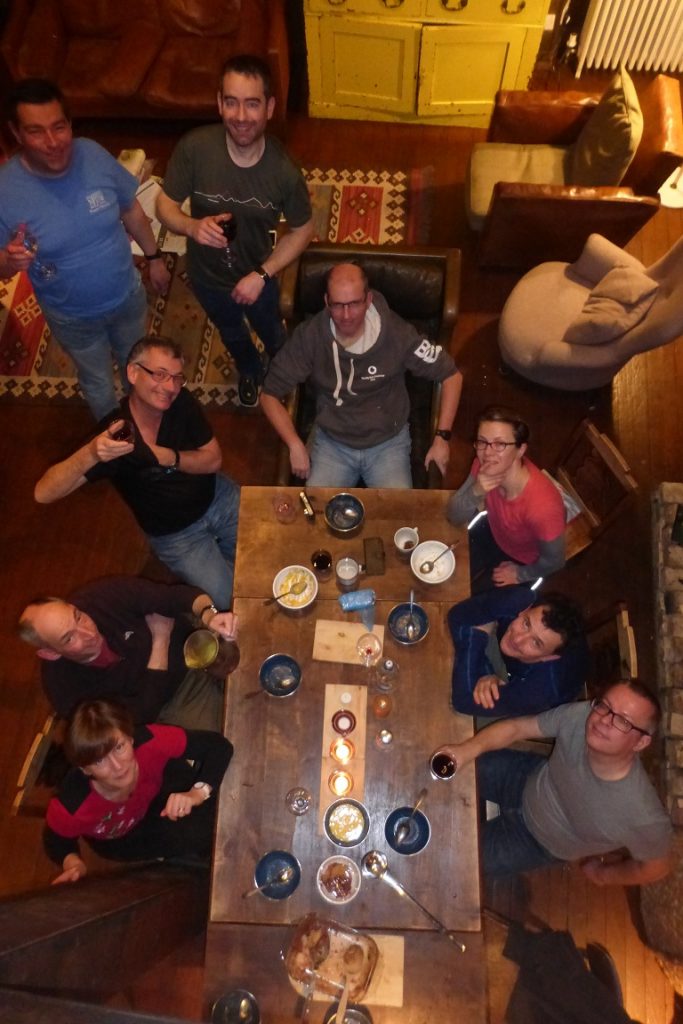 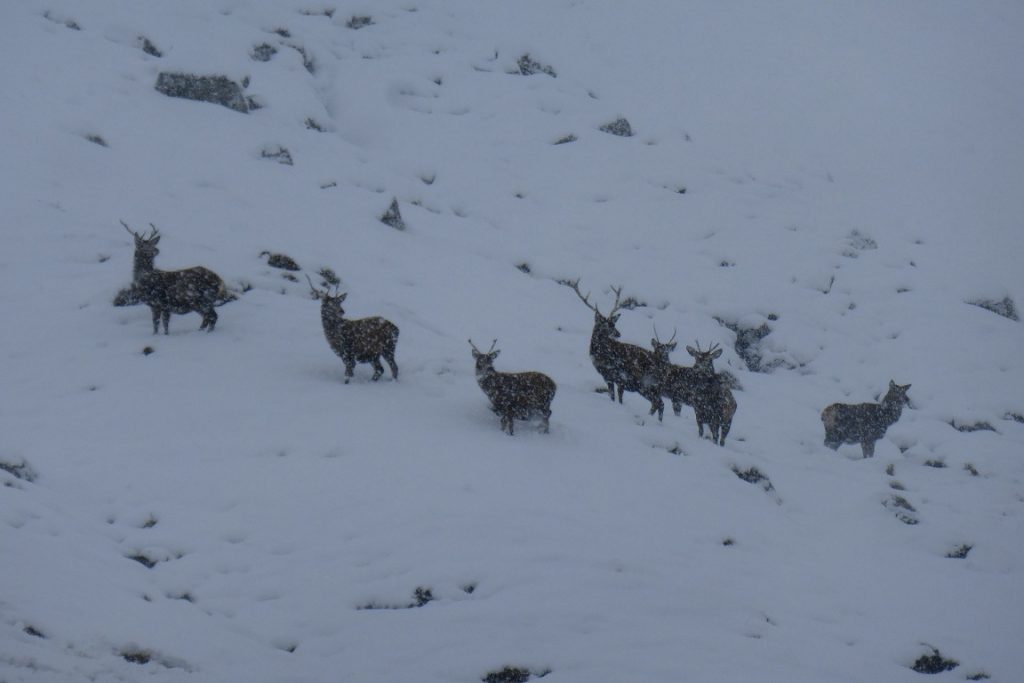 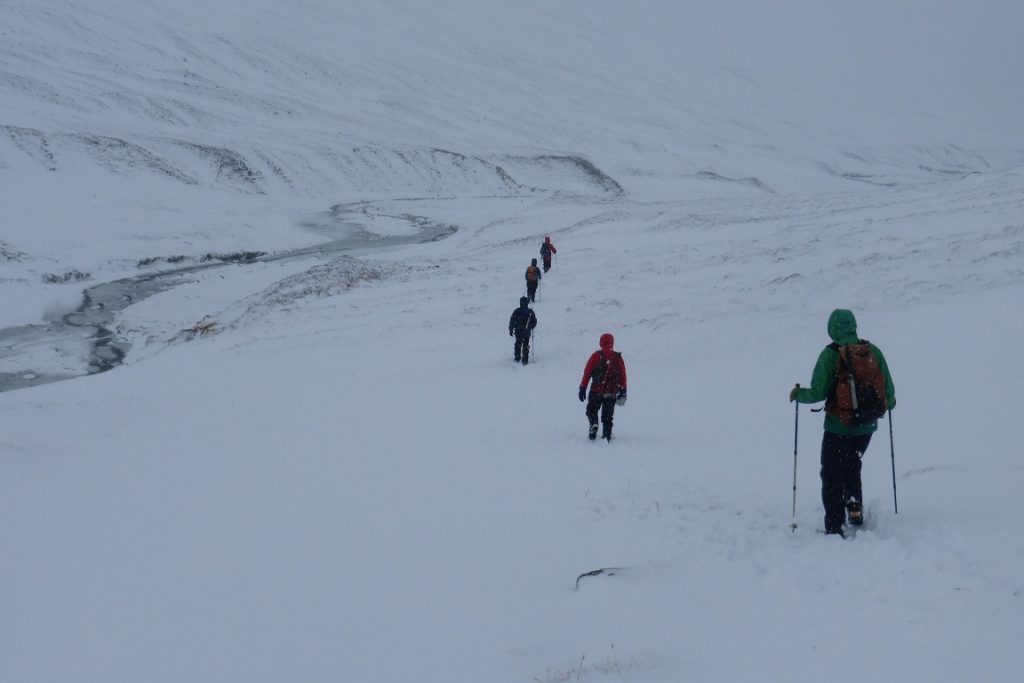 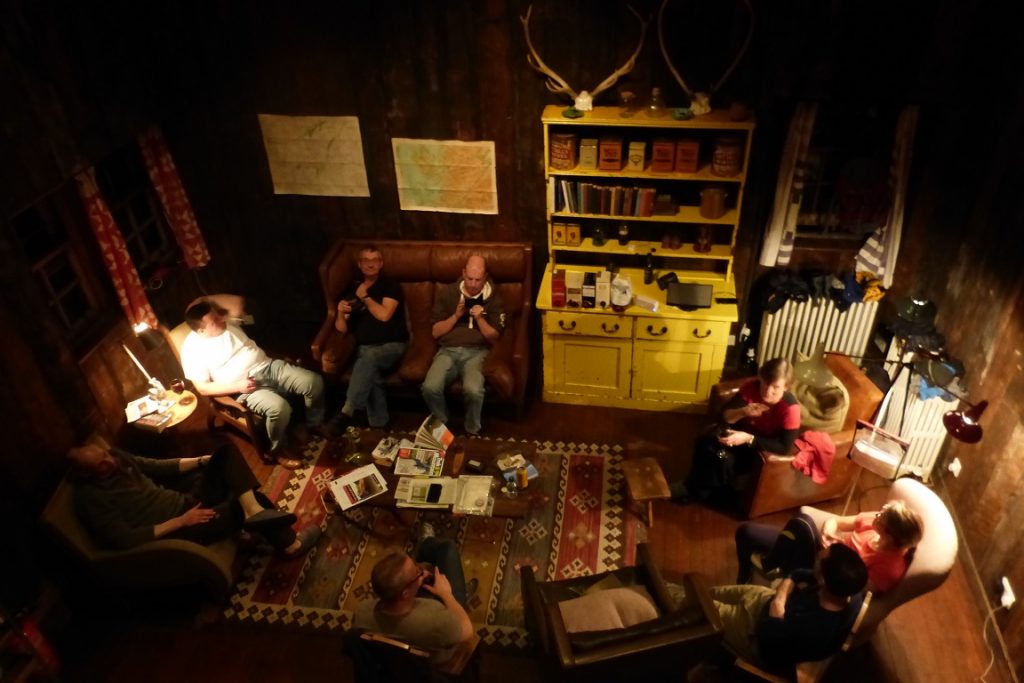 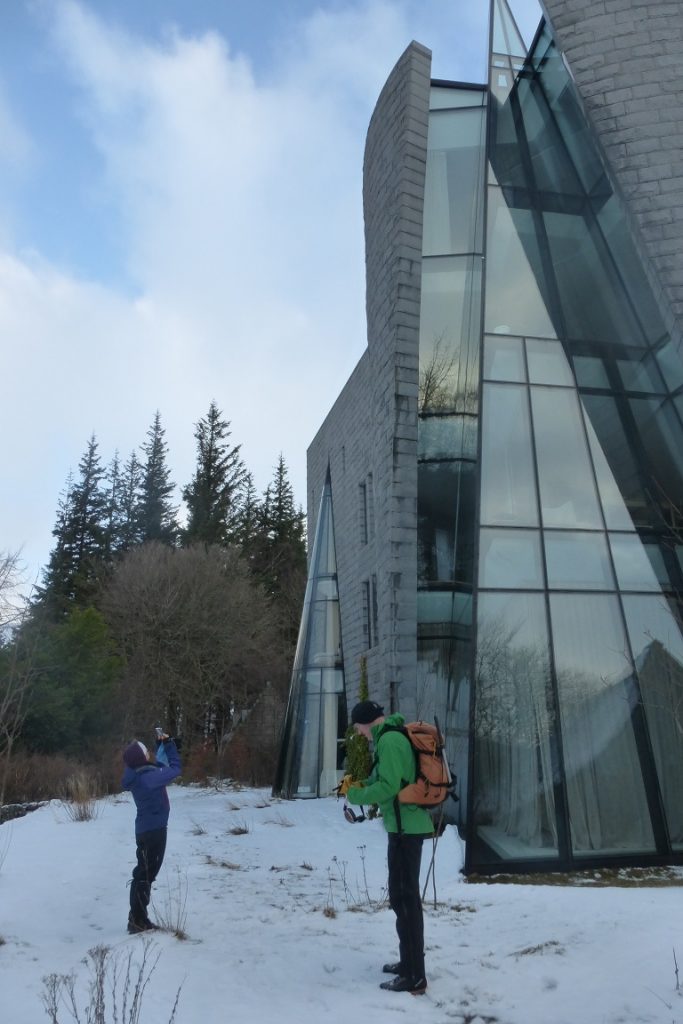 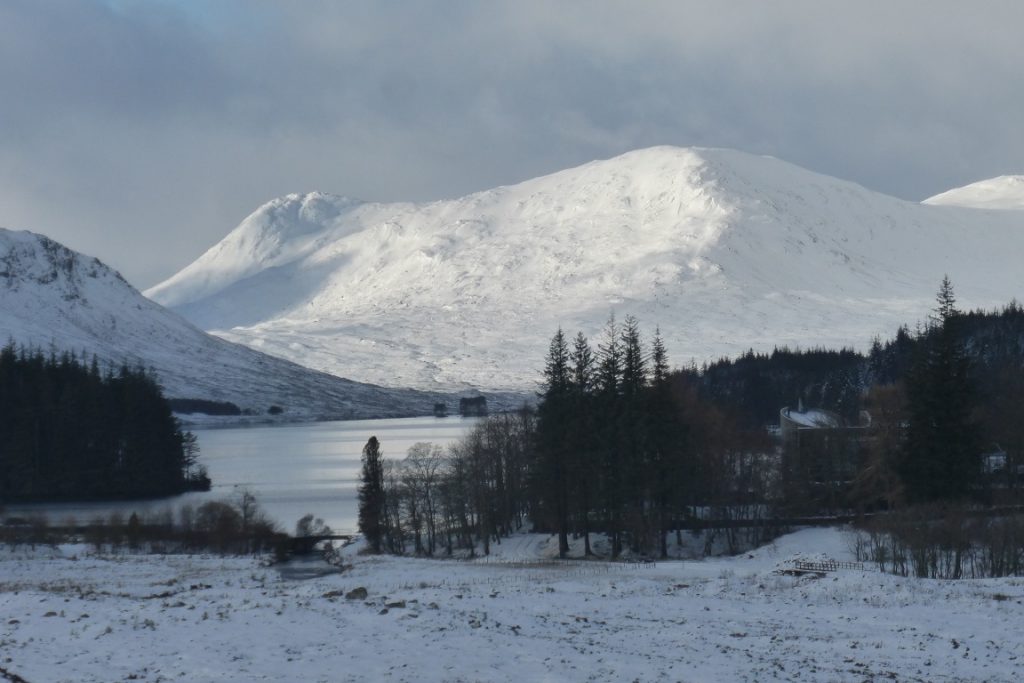 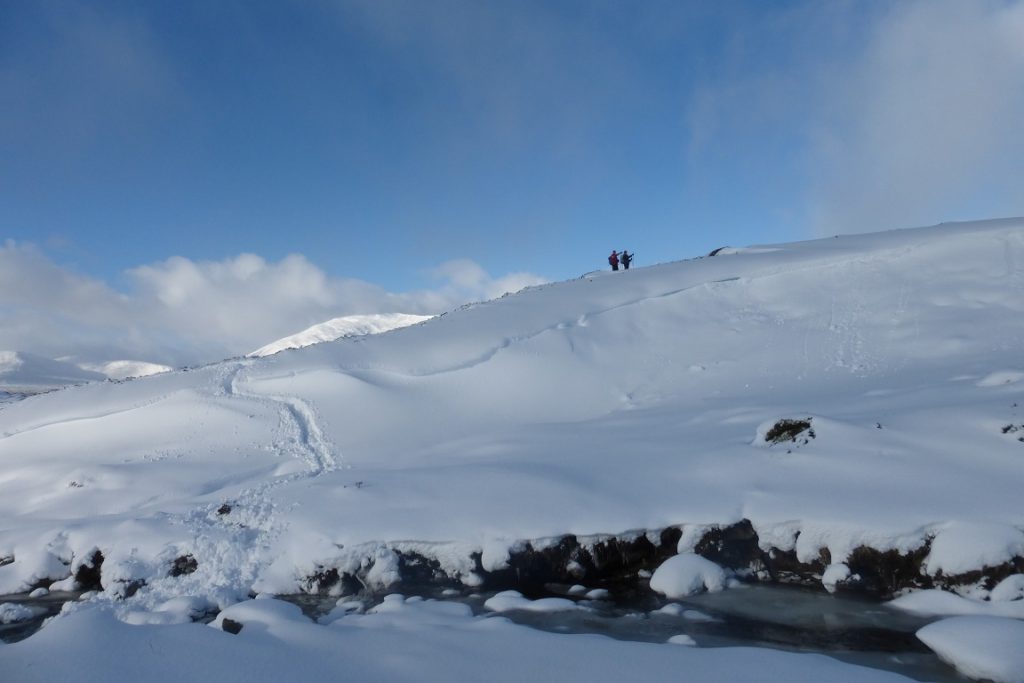 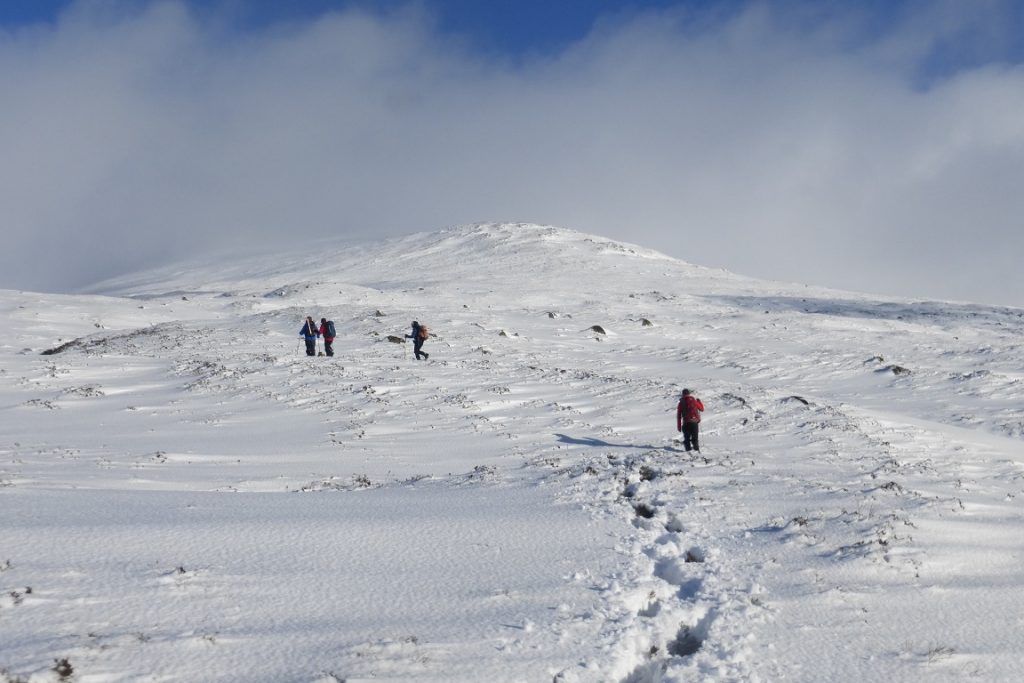 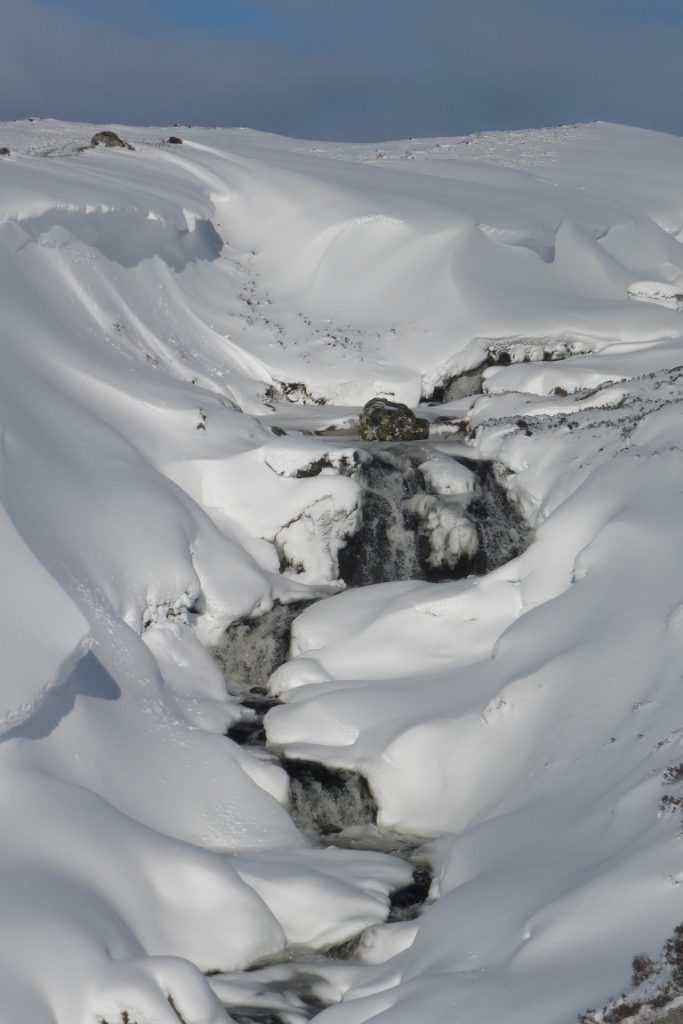 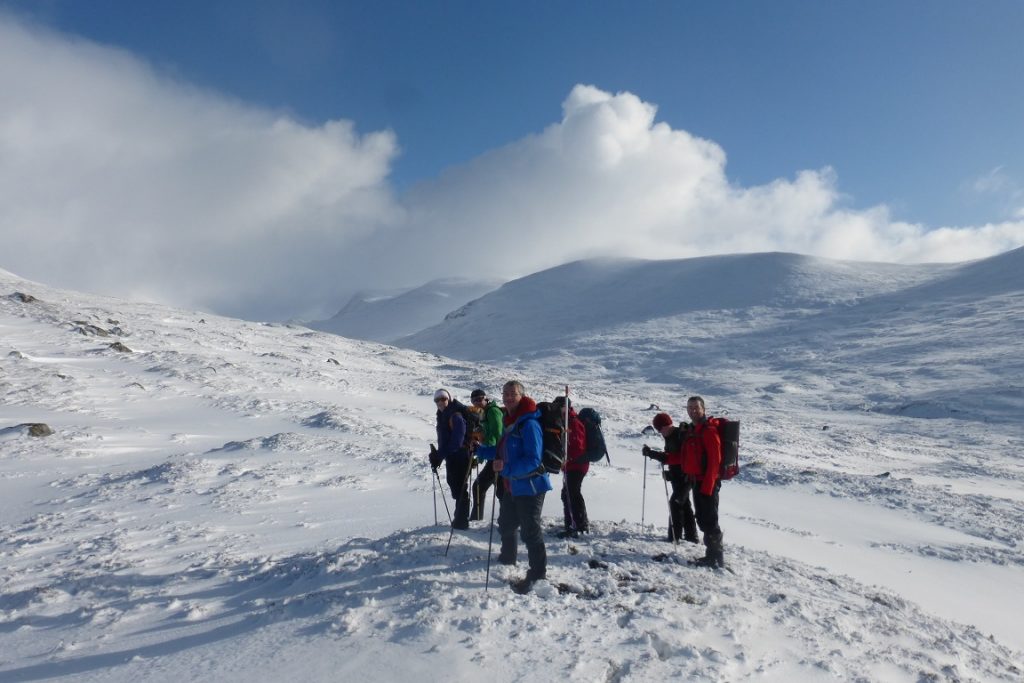 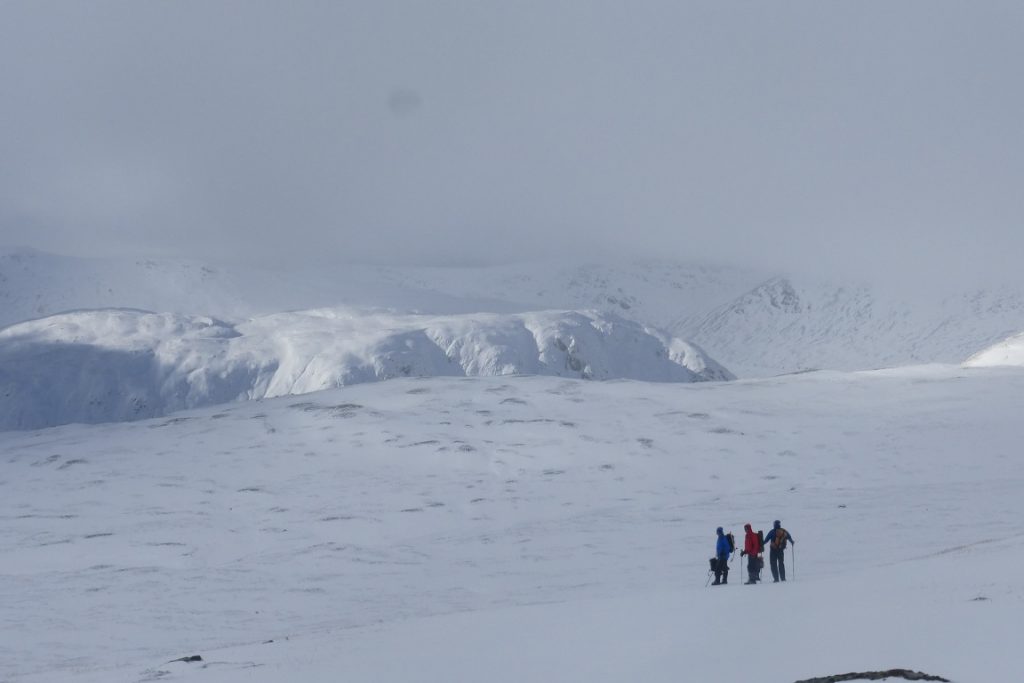 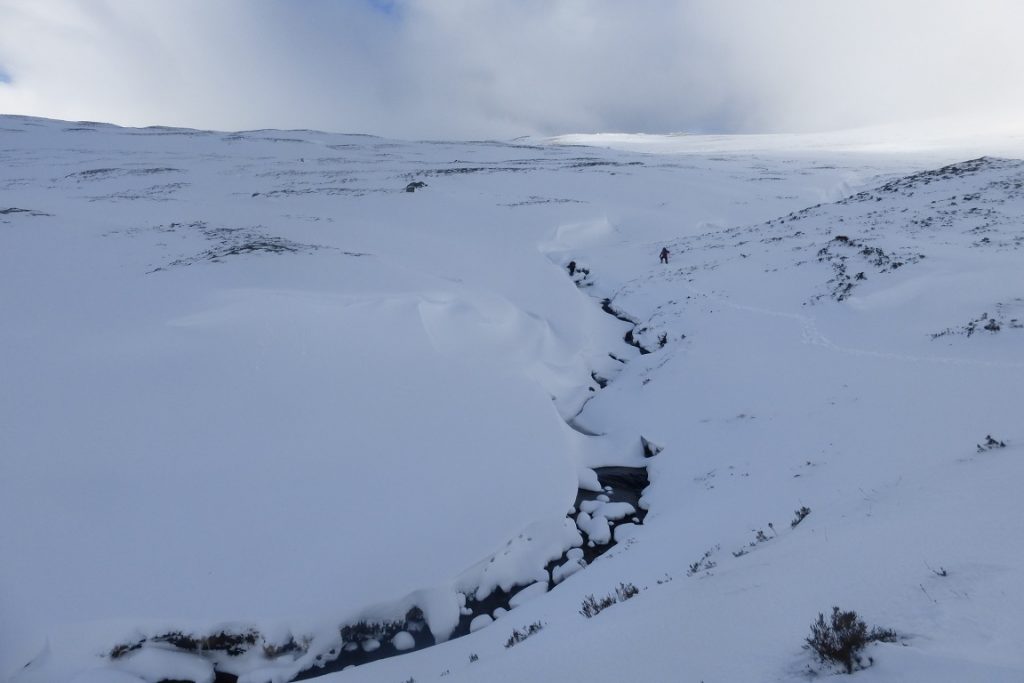 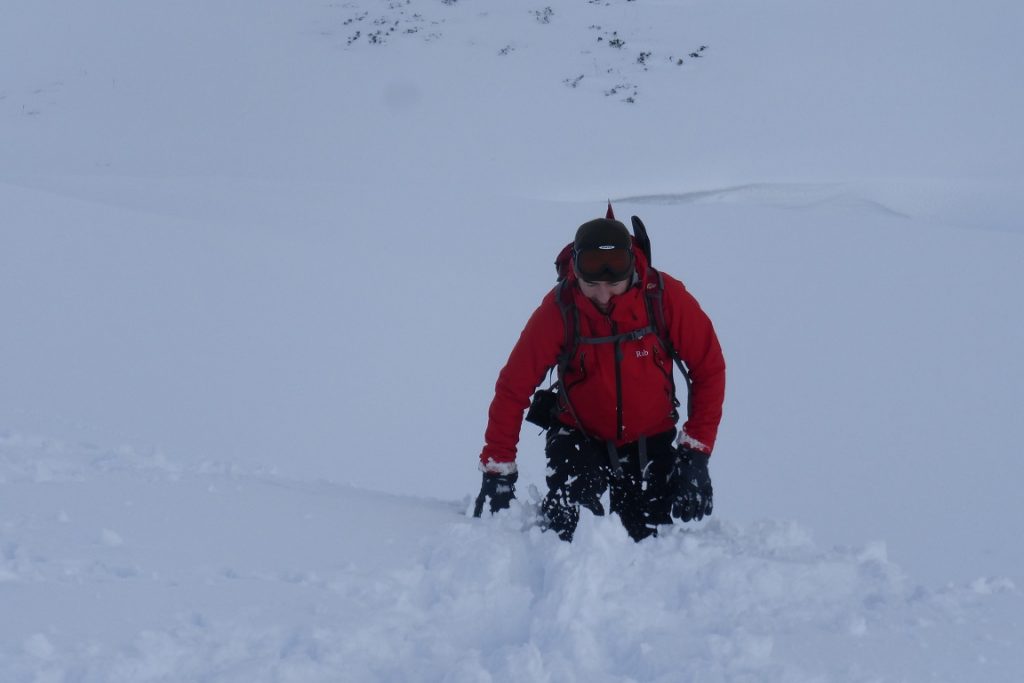 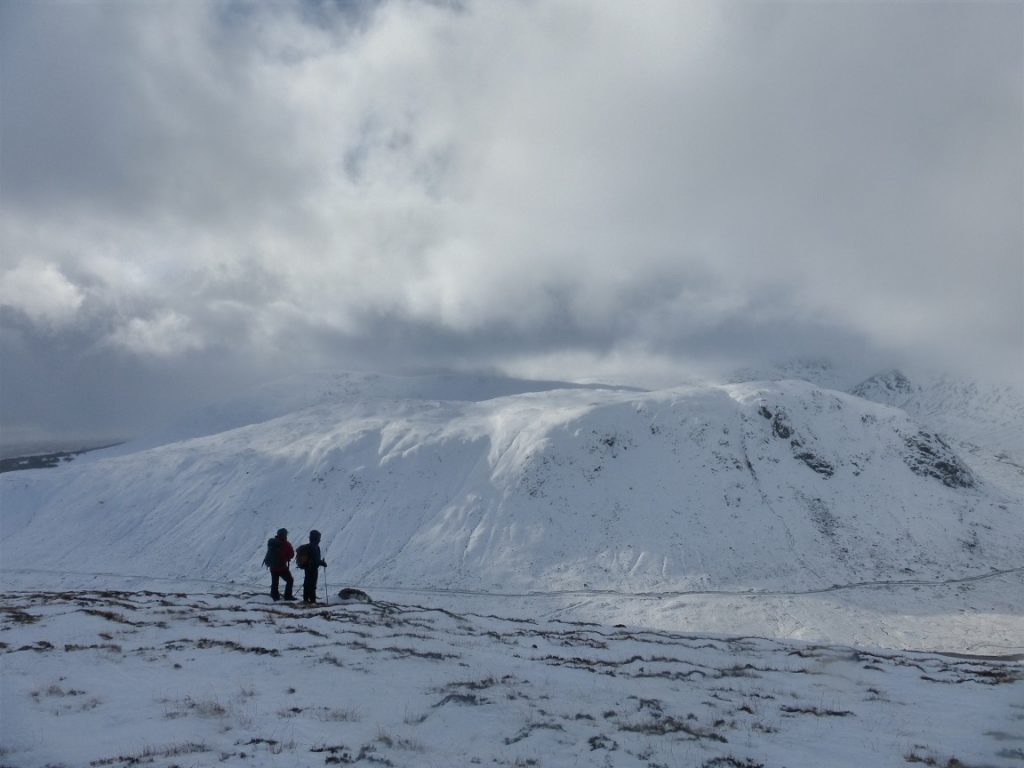 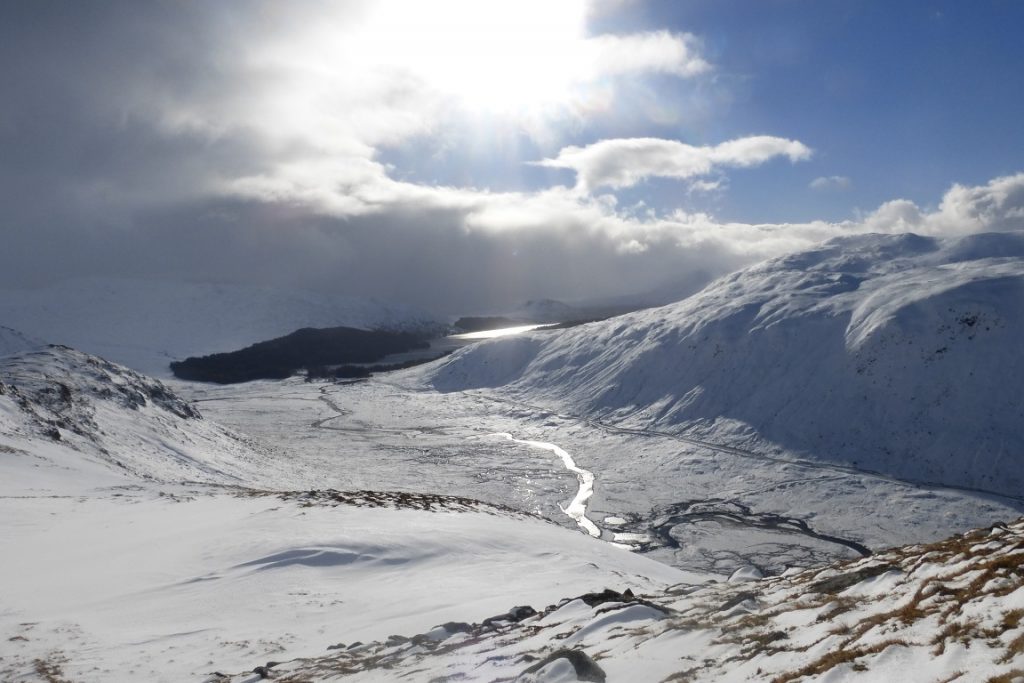 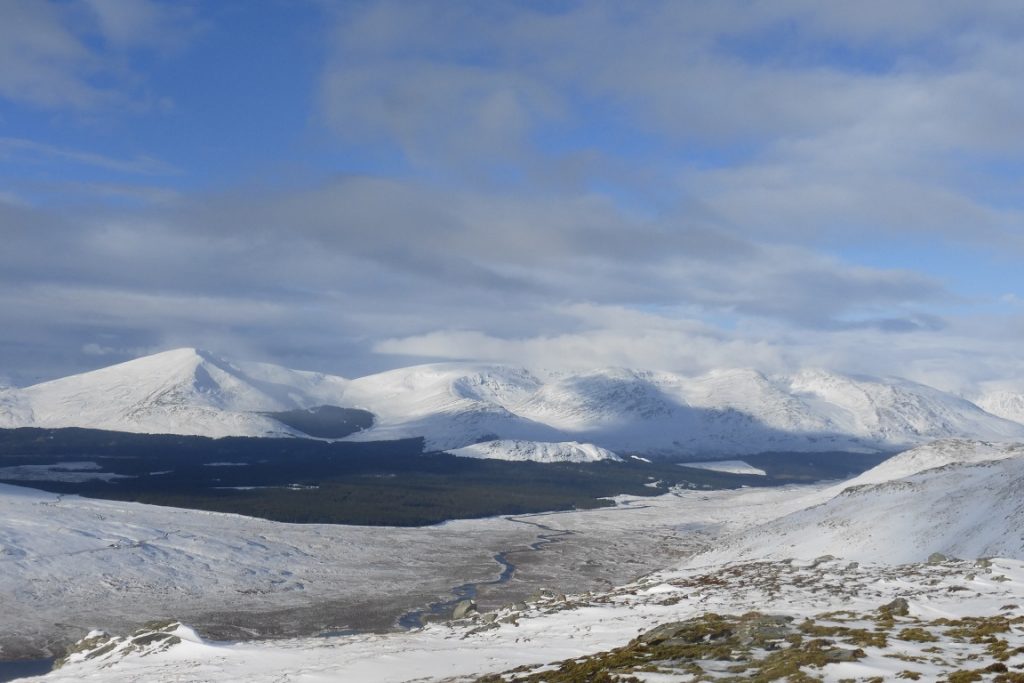 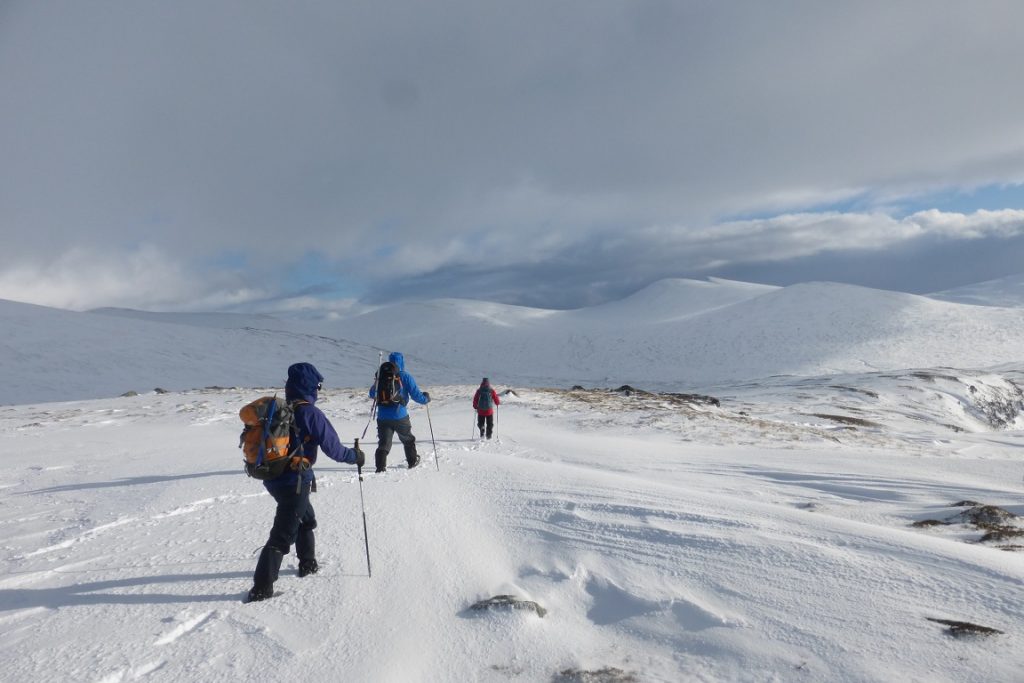 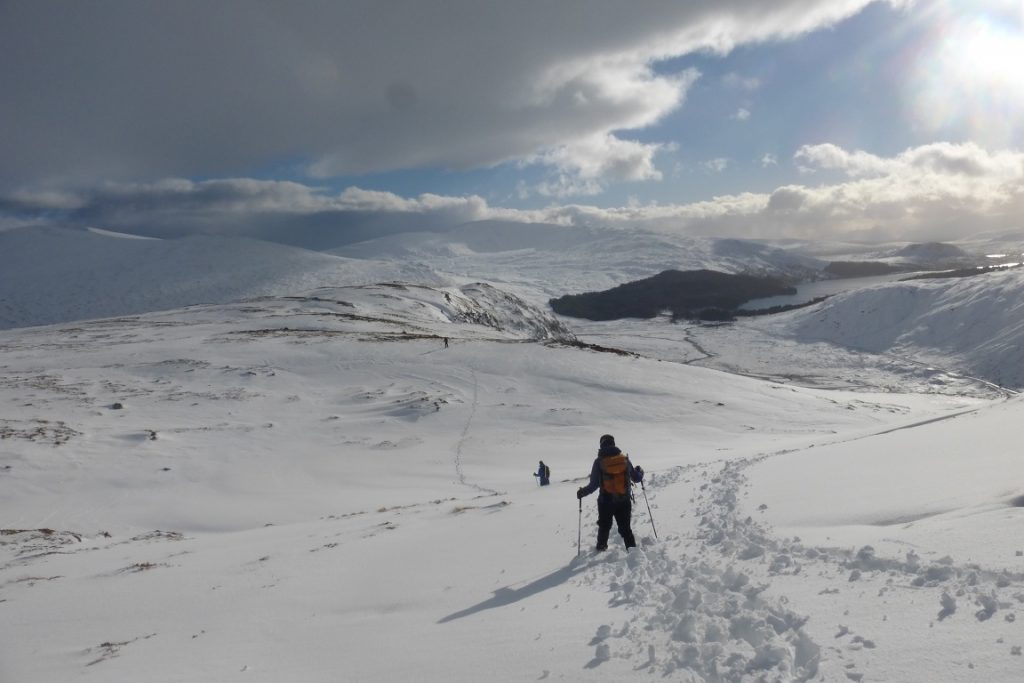